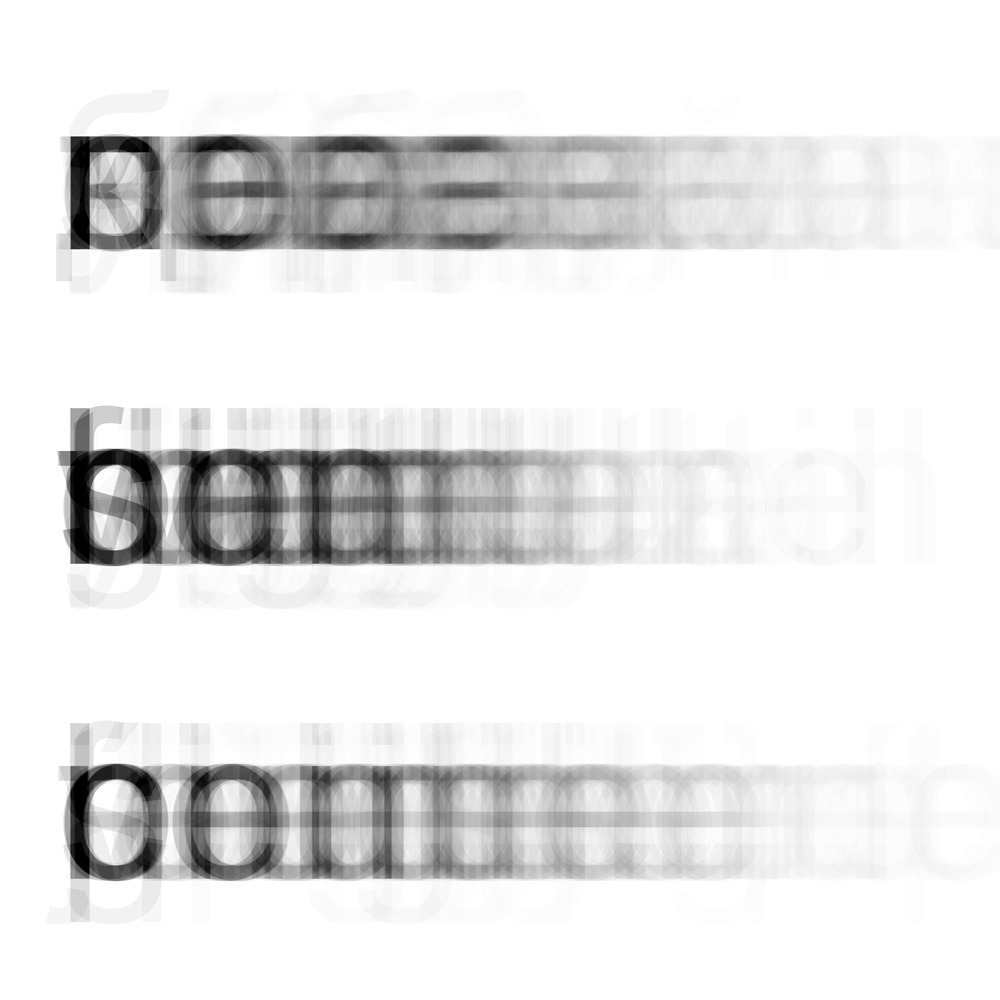 The Swadesh list is a group of words devised by Morris Swadesh as a way to track glottochronology, or how languages change over time. It’s also a useful basic vocabulary, and something of an odd little poem of the human world. I’ve been working with the Swadesh list for a while now, incorporating it into several conceptual and physical projects.

The Internet Swadesh List is a separate website where I track changes to the images returned by Google Image Search (or its equivalent) in the six UN languages English, French, Russian, Spanish, Chinese and Arabic.

I have also done Composite Swadesh Lists, where I record a native speaker saying each word on the list, separate the words into individual sound files, and then mix those files in a sound editor into one composite “word”.

Finally, I have composed a conceptual layout of the Swadesh terms, using letterpress to print the terms and also emboss the conceptual areas that the terms represent. 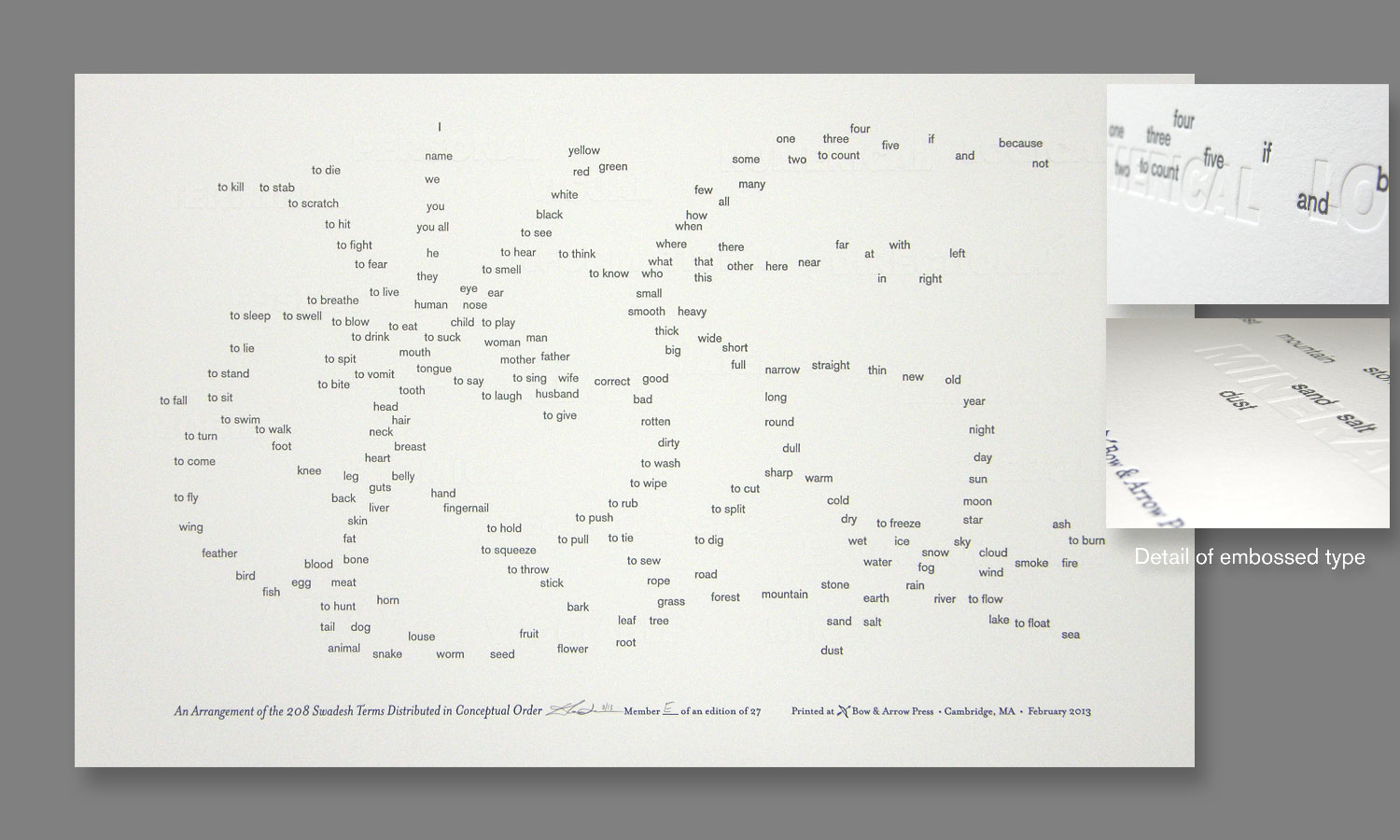