This project works with scaling, pixellation and pattern recognition, using a true-color images of the Earth as a basis. How much data is needed for the human eye to recognize familiar shapes? What happens when the information grid is restricted in extent? What is the ur-color of the Earth, the continents, the seas?

This first gallery explores what happens to the map when it is blurred through smaller and smaller grids:

This image is a tweak on the Dymaxion Projection by Buckminster Fuller, using an icosohedral projection to provide the pixel divisions rather than a grid: 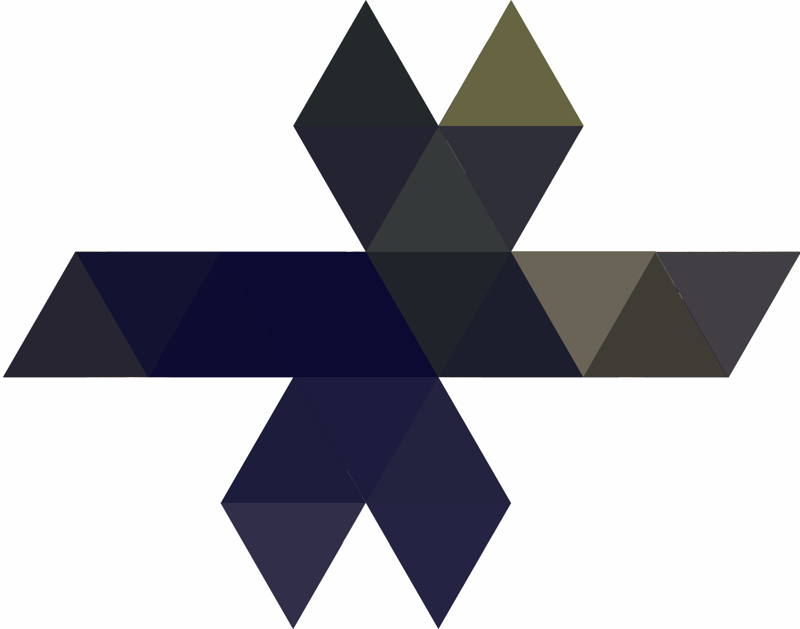 This image uses the average color of the landmasses to represent proportional squares in comparison with the area of the oceans.

And this is the Earth Flag, an extension of the Earth Grids into vexilology. The stripes represent each continent in proportion, starting with Eurasia on the hoist and then North America. A thin strip of blue represents the surface freshwater, then come stripes for Africa, South America, Australia and Antarctica. (The stripes are in order from north to south.) The final navy field represents the oceans, in proportion.