In the early Teens I was interested to find the 2D barcodes known as QR codes popping up on billboards and other advertising. Working at an advertising agency at the time, it amused me that most people under 45 thought of QR codes as essentially useless in American consumer culture, but all the older creatives though they were the key to Web 2.0. So I decided to hunt and photograph QR codes in the wild, to see where and how they were establishing themselves.

The answer was, not very well. Layout designers had no clue how to deal with them, as they are machine-readable bitmaps that resemble visual static, and are not very aesthetic. Less-savvy commercial printers were even more clueless, adding extraneous information that made them harder to decode, encroaching on the white area requirements, squeezing them into rectangular shapes, and printing them either too small or not high enough quality. My fellow consumers were completely mystified by them. They ignored them completely, passing up their troves of context-rich smartphone data, and looked surprised whenever I moved in closer to a code in order to scan it.

I sampled the codes with my cell phone and my DSLR, and completed a set every 30 captures. I managed to bag 10 sets (300 codes) before I stopped the project. I averaged the sets within each other to create ur-QRs. This gallery shows the as-shot code averages, as well as the average of all codes:

I also generated clean QRs from the information encoded in the codes, and generated averages for these “normalized” codes: 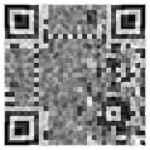 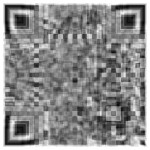 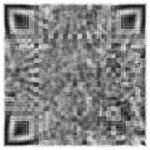 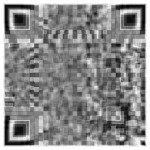 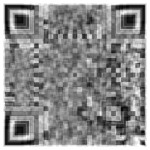 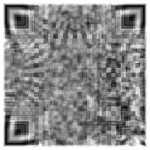 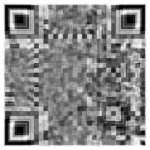 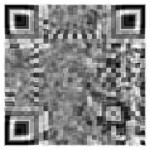 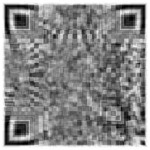 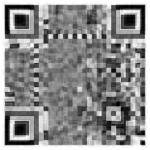 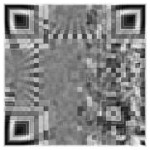 Notice how the boxes in the corner of the codes are blurred; this is because QR codes come in specific sizes, and my images were blending together QRs of various sizes. I then sorted them into groups by size and created these more coherent composite images: 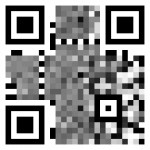 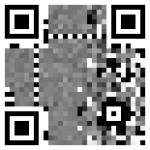 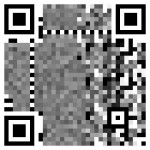 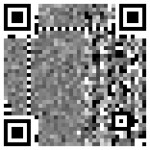 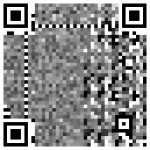 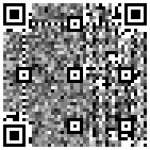 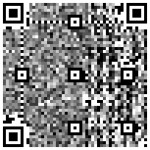 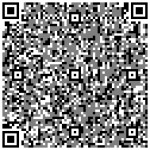 Alas, none of these averages managed to be machine-readable themselves, so I was not able to procure the ur-qr address from this project.

Finally, I decided to literally deconstruct the QR data-bearing encoding, and created a QR code out of 316 ice cubes made of ink. In this time lapse-video, the original machine-readable code slowly dissolves over five hours into a amorphous mess of melted black.