There was only one commute from the week of Veterans’ Day, so I ganged it up with this post. I decided to aim the camera at the roadbed for this one, with two levels of zoom, so it’s not quite as recognizable: 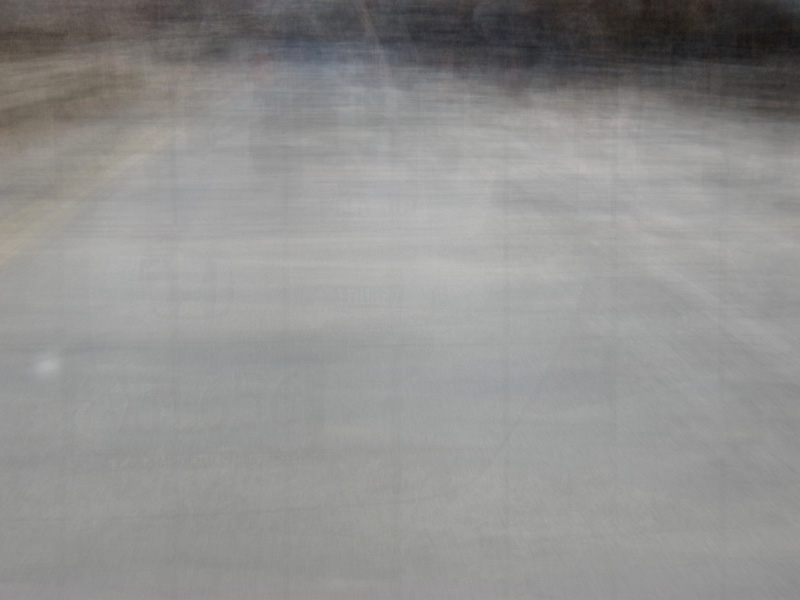 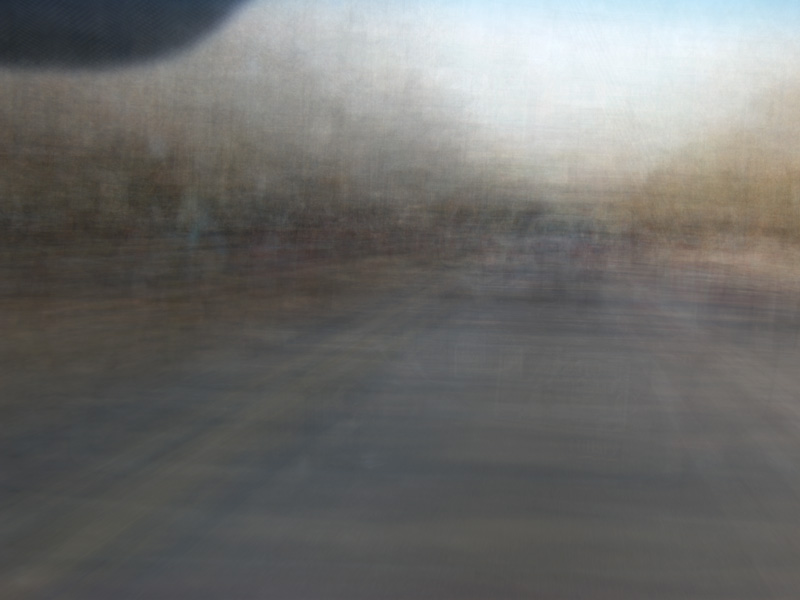 Monday’s commute was a simple forward-facing shot, so I was able to get both going, returning and composite shots: 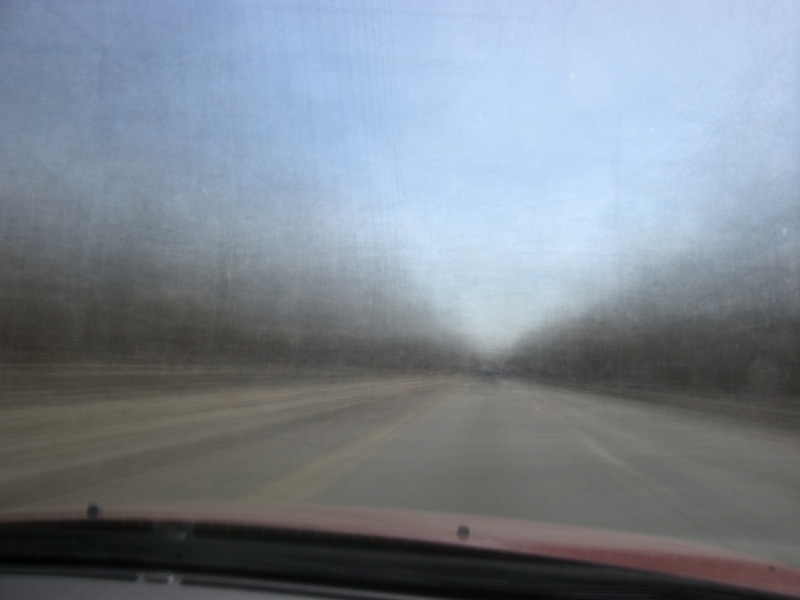 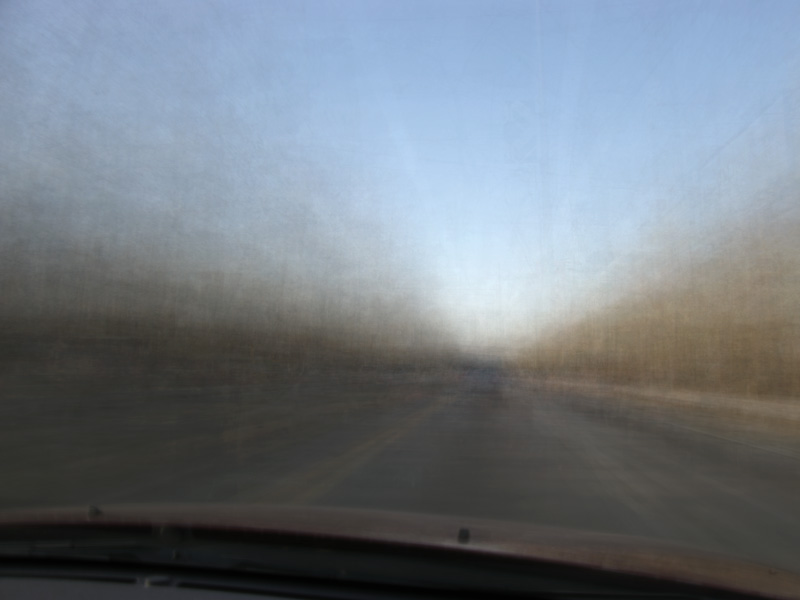 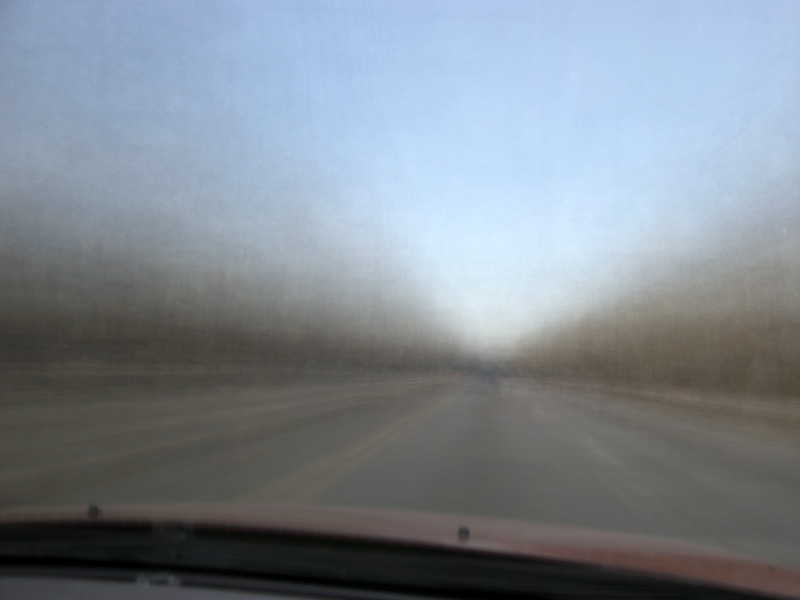 Finally, on Wednesday I decided to shoot across the back seat to get a view out the side windows, but this did not end well. Optimizing exposures for interior views leaves the outside kinda over-exposed: 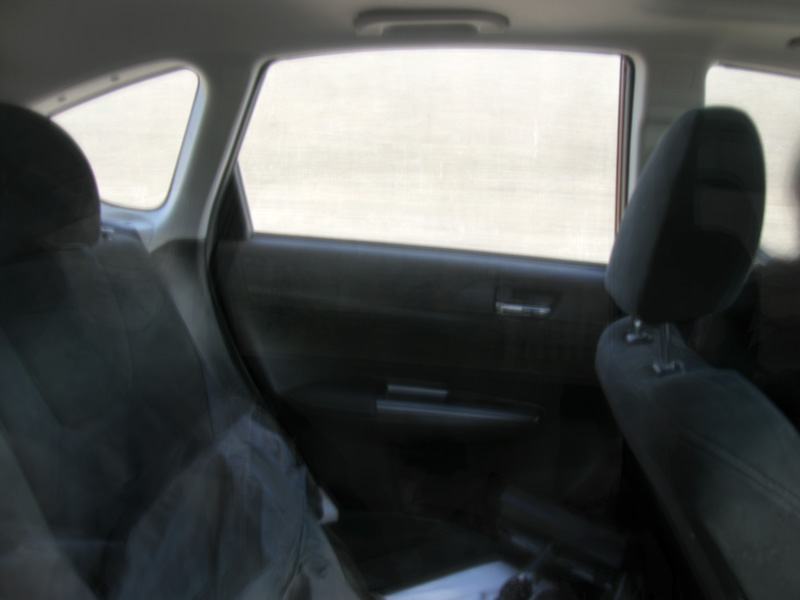 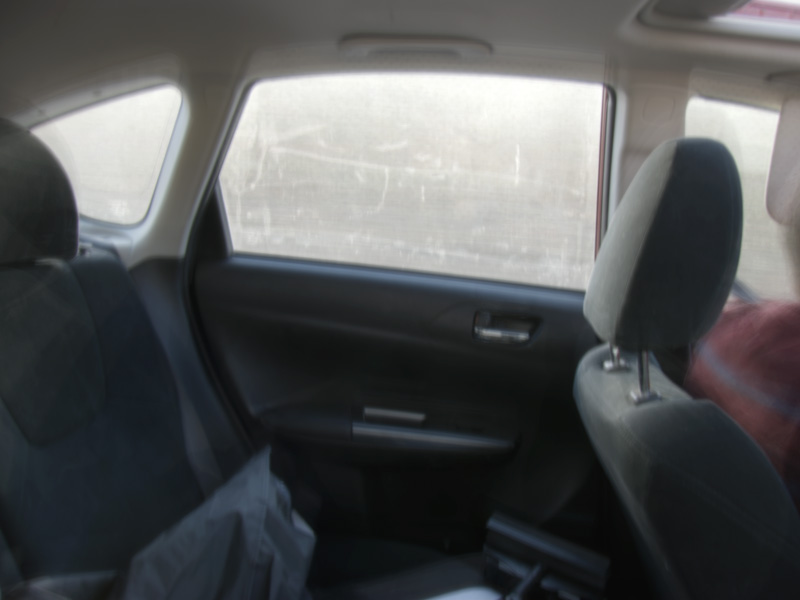 The alternative is to optimize for the outside, which leaves the interior black: 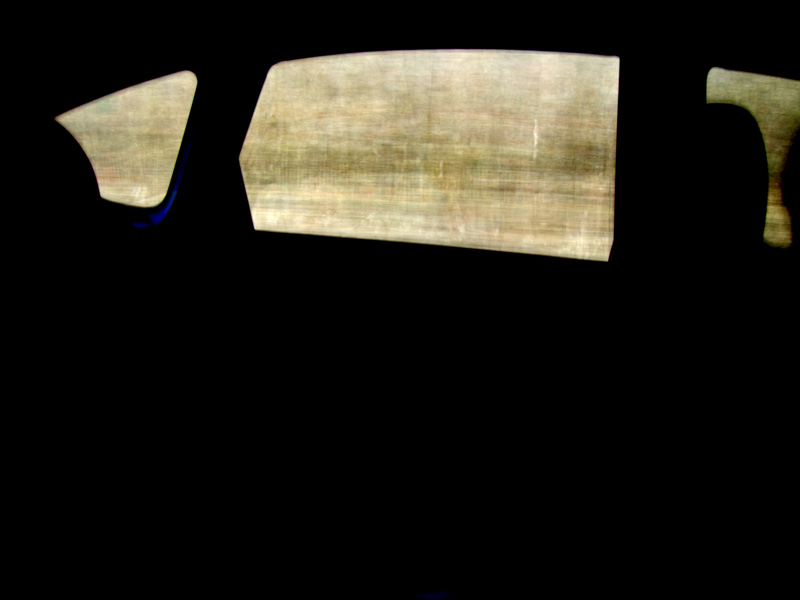 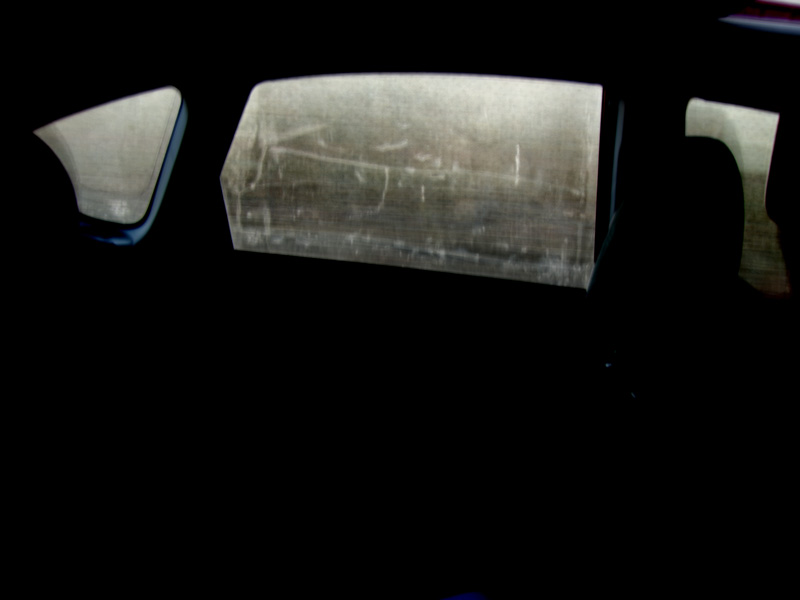 So I did a bit of Q&D Photoshopping to composite the two exposures together: 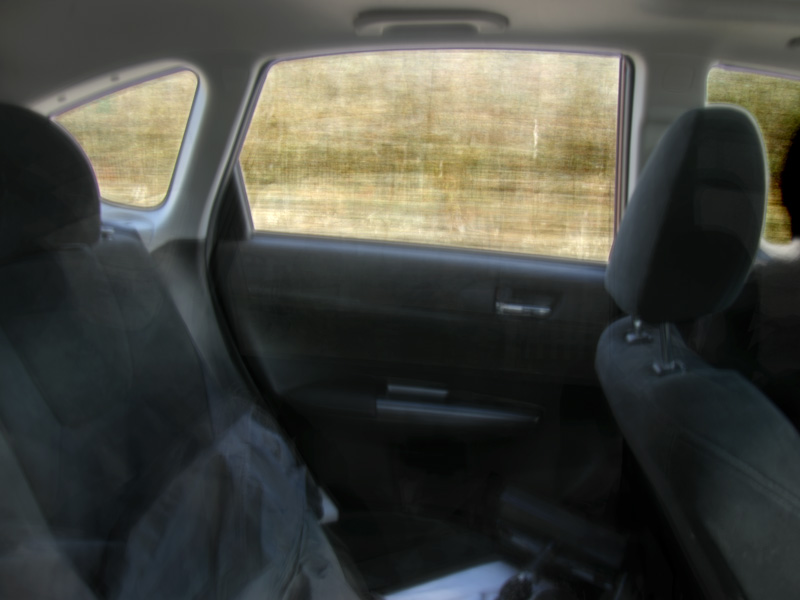 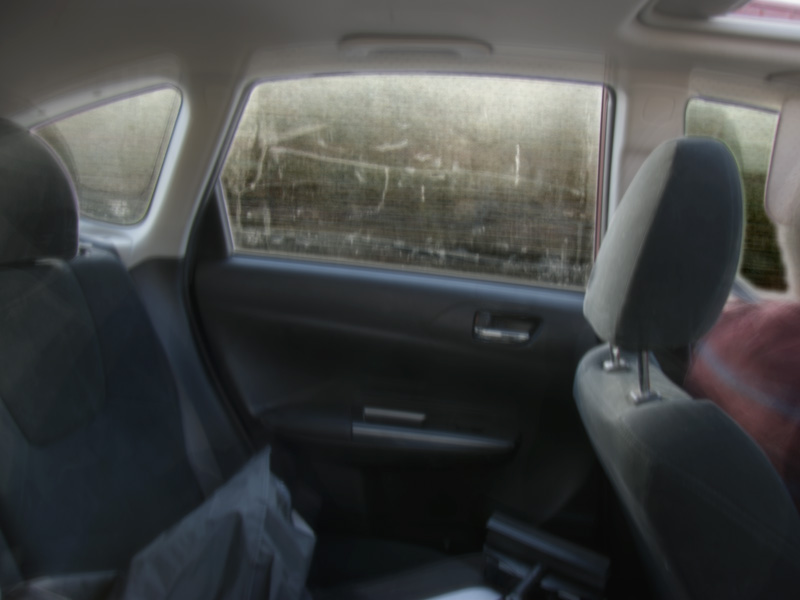