More commutes going up! As I’m getting to know how the suction cup mount works, I’m discovering that the “gorilla” interlocking system is not as amazingly strong as its name would imply. So for three of these commutes, the mount shifted during the time-lapse. The first time, going to the Cape on Monday, was fine. The second time, the return trip on Monday, the mount shifted because I hit a bump. The third time, the trip going to the Cape today, the mount wasn’t in a happy position and slowly lowered itself over the course of the trip. The final time, the return trip today, I accidentally brushed the mount with my shoulder, so it shifted.

The first set was fine, and the third set was so gradual in its change that there was no demarcation to divide the commutes. The second and fourth sets had a definite demarcation point, so I divided the commutes into two sections: Before Shift and After Shift.

Monday’s pics were with the camera stuck to the sunroof and angled across the cabin: 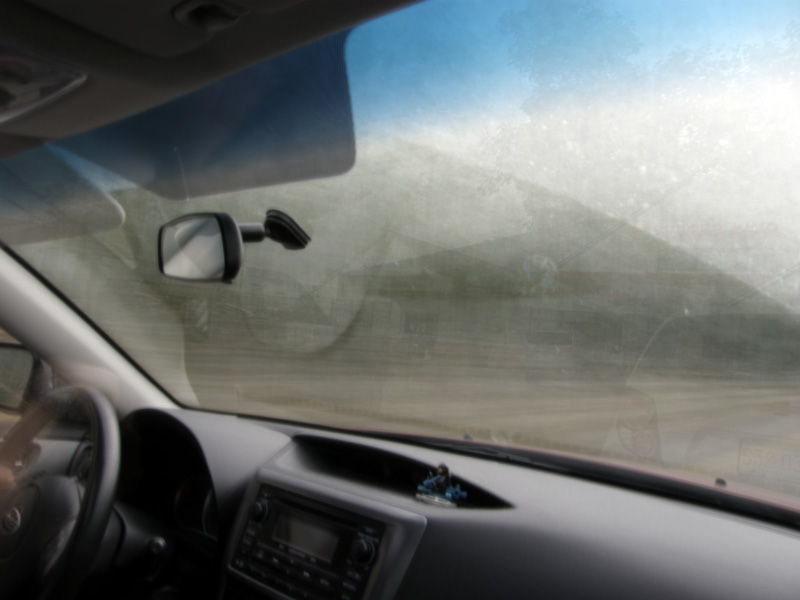 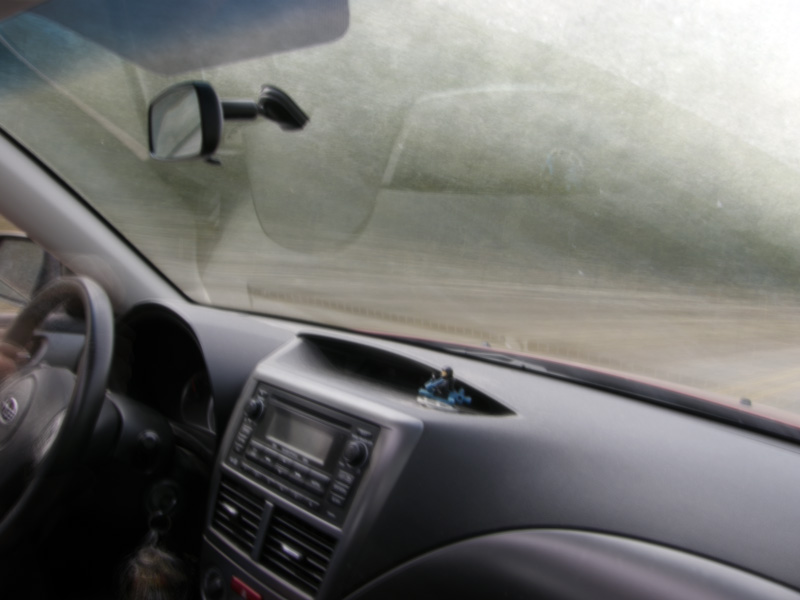 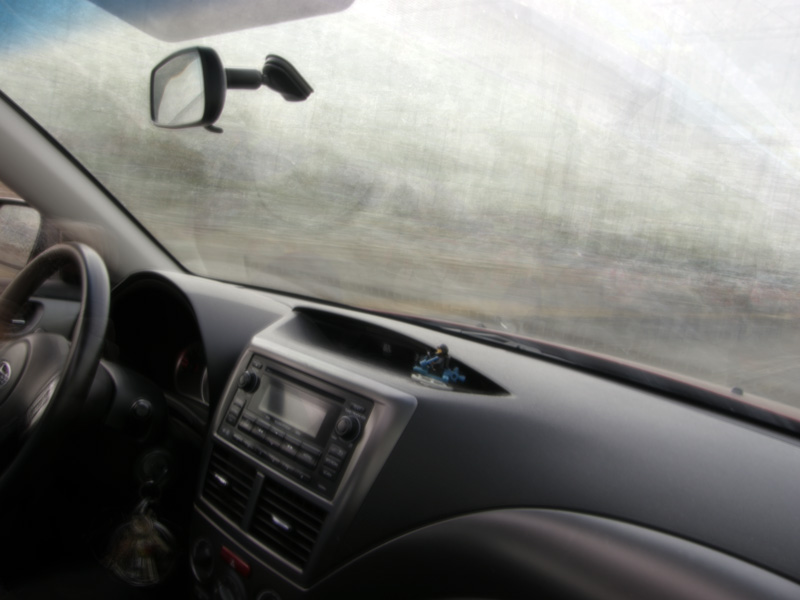 Wednesday’s set had the camera stuck to the driver’s side window near my left ear: 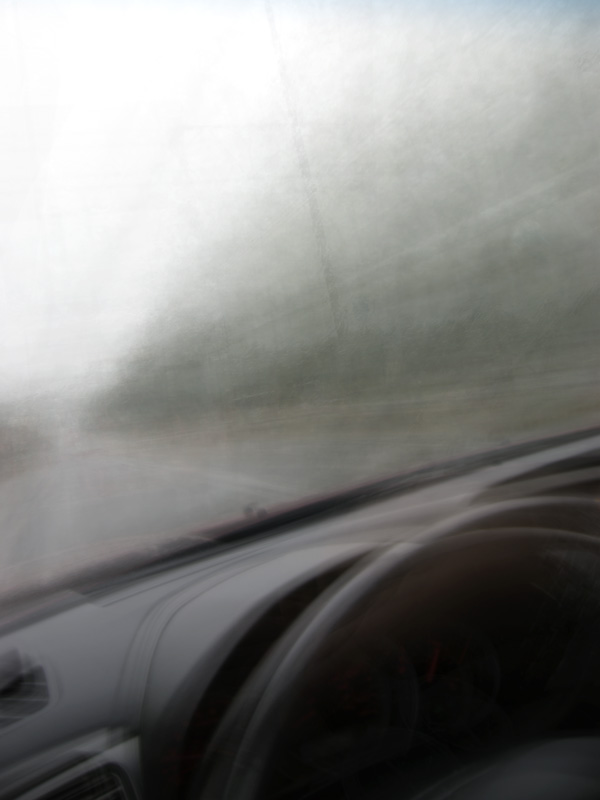 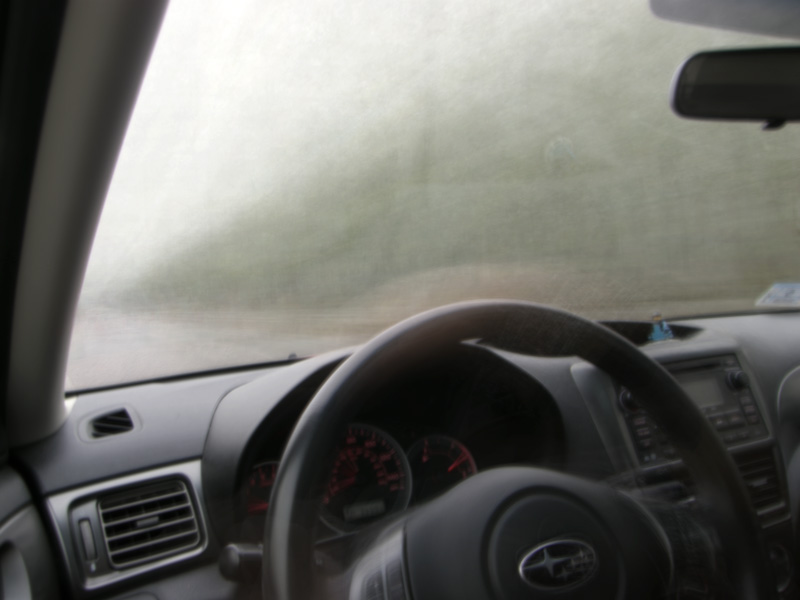 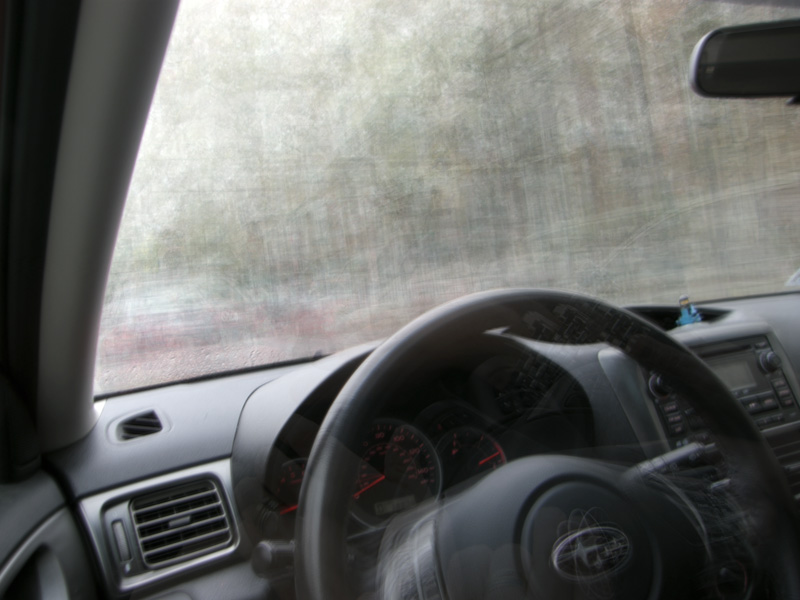 Notice the difference in the feel of the composites between the Before Shift and After Shift sets. The smaller sets keep more of the feel of the fellow automobiles and the streets passing by, while the larger sets blend into a much creamier fog of color. I may experiment with more or fewer photos in each set to see what looks cool.