Well, it took me longer than expected to cap off the residency posts with some shots of the closing reception, but better late than never. Here are some lovely images shot during the closing by Rebecca Philio, who has shot several receptions for the Nave Gallery through the years. 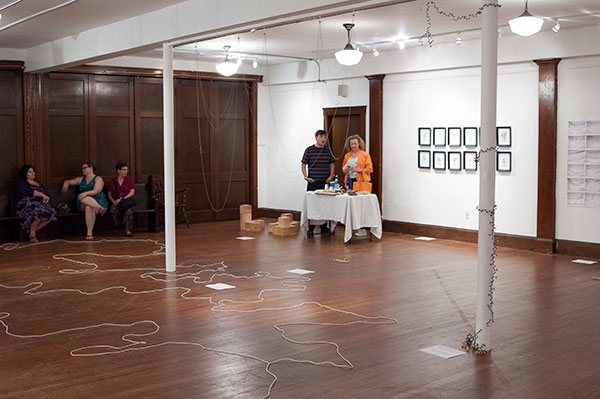 Myself and Jesa Damora at the refreshment table as things start. The three rope river, catenary experiments, needlepoint rivers, tetrahedral shapes and some agitated catenary prints are visible here. 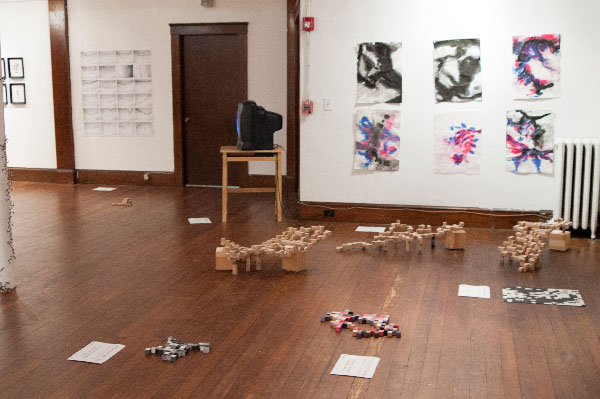 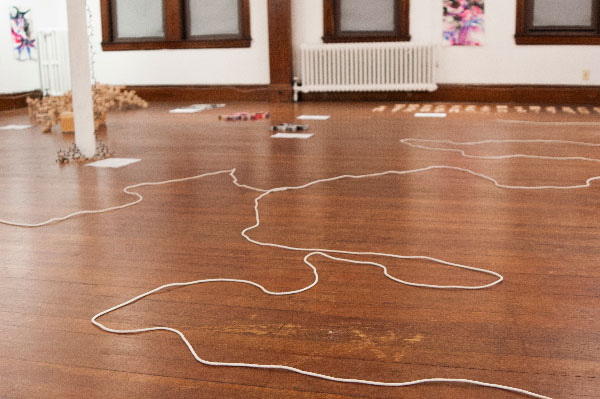 Another shot of the three rope river with pixel projects in the background. 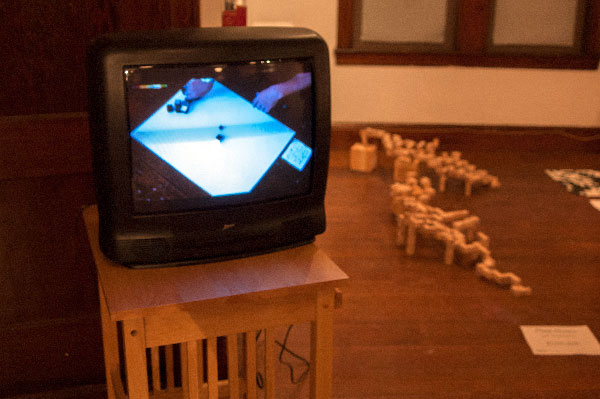 The complied video of my random constructions, with the 3D pixel rivers behind. 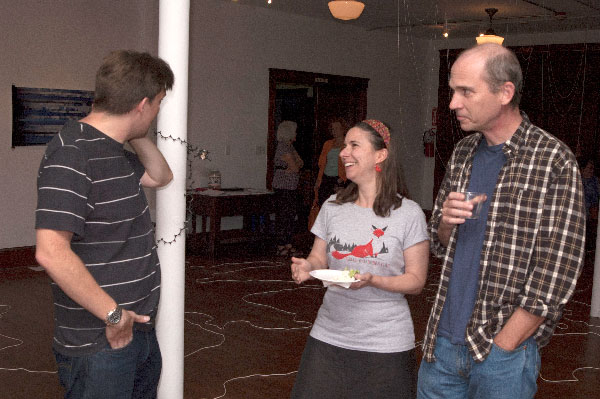 Chatting with some attendees.

It was a wonderful end to the summer, and I can’t thank the Nave Gallery enough for the opportunity!