Something of a disjointed day today, various errands and weather-related interruptions had me going back three separate times. However, I did get stuff done. One of which was a  shot of the Pixel Earth-Moon System with my nice Canon camera; I had tried before but the auto-focus didn’t quite figure out what to focus on, so every shot was blurry. Hitherto: 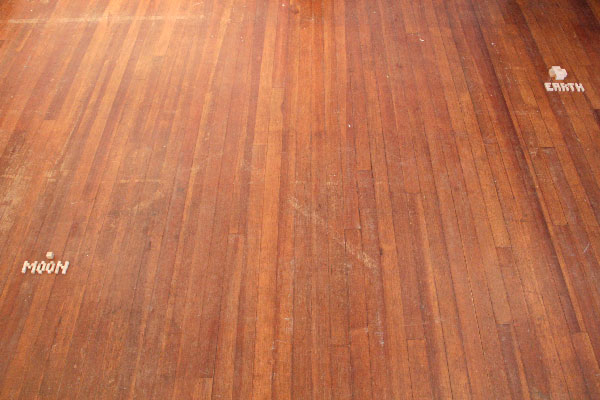 This, of course, is the Earth and the Moon, to scale in pixel form, with the distance between them also to scale.

Then I signed and numbered the Random Pixel Objects, using some metal stamps I had to emboss the wood. I signed with the initials “LTO” and a four-digit number drawn at random from the pile of number stamps:

Then I did some more experimentation with catenary curves, coming up with quite a few shots of curves, kinks, and agitated chains. Here’s a gallery of some selected shots:

Finally, on a lark I decided to play with the hundreds of tiny pixel cubes I had, and lay out the symbol forms in the original character set for the IBM-PC, Code Page 437. I was only able to get a fifth of the way through the set before I ran out of pixels, unfortunately, but it was still fun to attempt it. Since the cubes are not glued down, I consider it something of a pixel mandala — a temporary construction, ephemerally encoded until I sweep them back into their box. 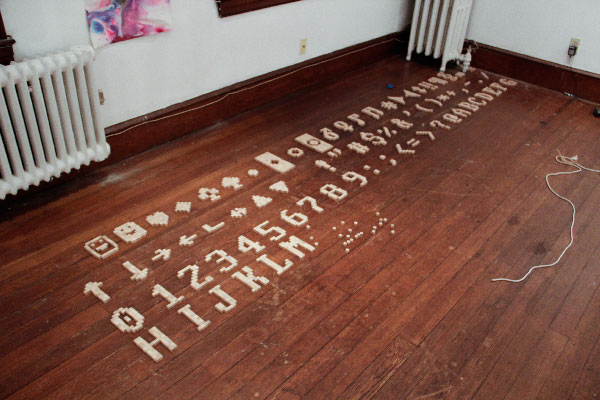