I finally got back to the gallery yesterday, but I was at the Bow & Arrow Press for Open Press Night afterward, so I didn’t get to process things until now. A big portion of yesterday’s work was 100 Random Pixel time-lapse videos, which I present here: 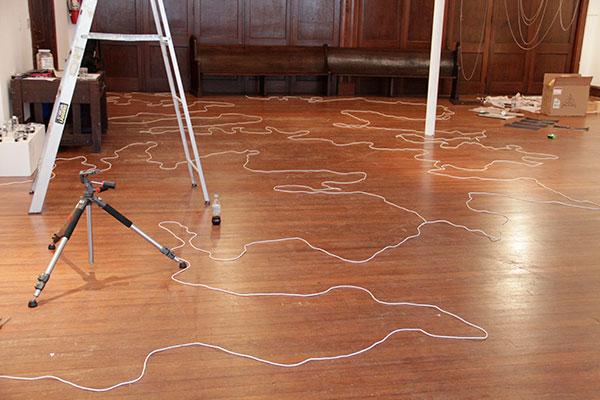 I also shot a lot of portfolio images of the needlepoint rivers, as I had them on the wall for my artist’s talk last Sunday. Finally, I got out the ball chain I’d ordered just before I started the residency, and began experimenting with catenary curves. 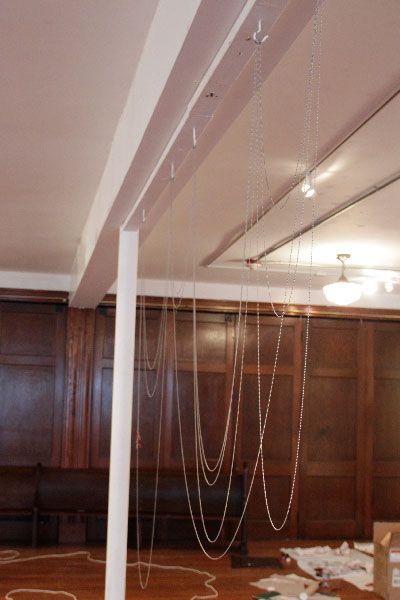 This is the simple construction I made using the steel chain suspended on the hooks attached between the two lally columns in the gallery. I’m not entirely sure what’s going to happen with those, but we shall see.

After that experiment, I upended a desk and used the legs and cross supports to string the copper chain in various intersecting catenaries. I then started my camera shooting once every three seconds, and began agitating the chain. Below are some of the more interesting images, some with a touch of Photoshopping, some without. Further experimentation is definitely in the cards.

Finally, I’ll leave you with a lovely little curve from the steel suspensions that I shot on a whim: 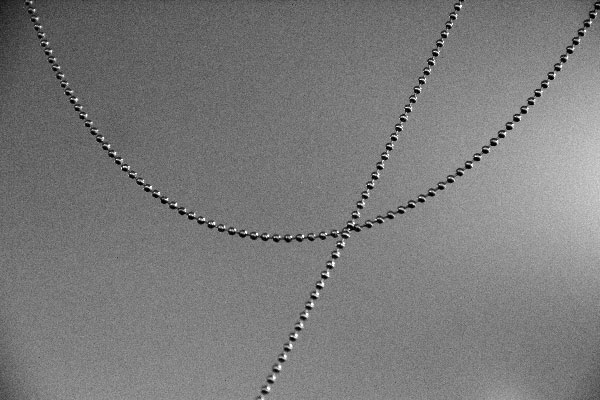