Today started off, oddly enough, as something of a clean-up day. I moved the trash bags I’m using as floor protectors for the wet projects, I shifted a bunch of the loose cubes over to where the river production area was, I cleaned up the pixel dice construction site, and collected boxes in one area and trash in another. I have some of the flow-pattern ink drawings in process, but I didn’t get around to photographing them. Next time! 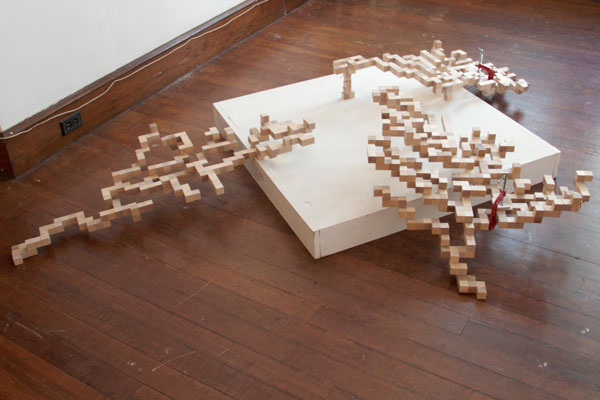 I also put the Random Pixel Objects on display on a plinth, just to get them out of the way: 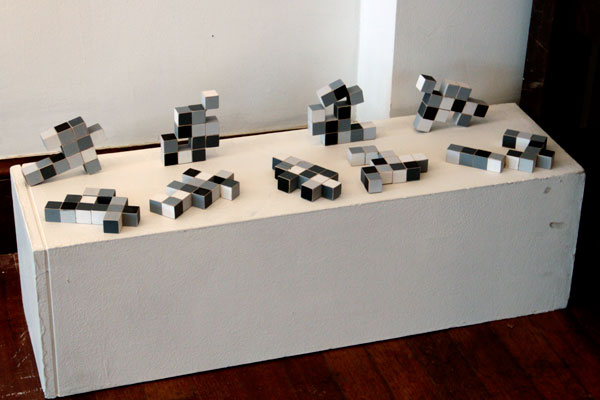 In the new cleared space, I expanded on the silly idea from a couple days ago, which is to try to draw riverbeds using rope. So, here’s a confluence of rope rivers: 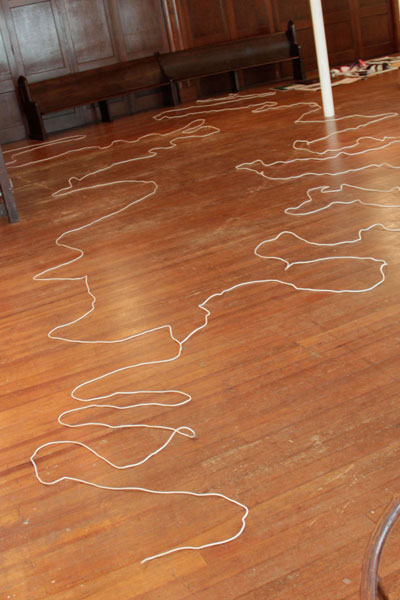 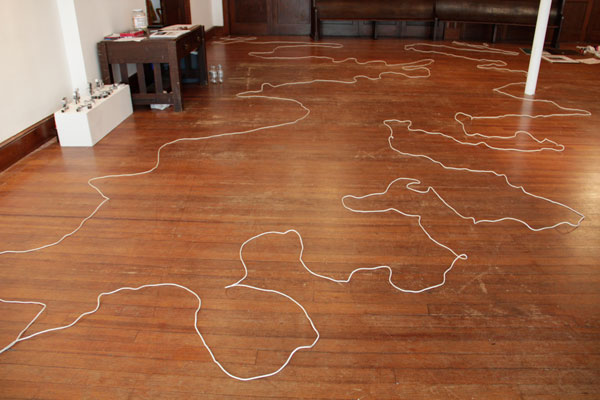 Then I did enough pixel dice grids to get me up to 100. This makes for a nice concatenation, especially when I remove as much as the margins as possible and normalize for size. Squishing them together in a 10 x 10 grid makes for an image composed of 60 x 60 pixel dice: 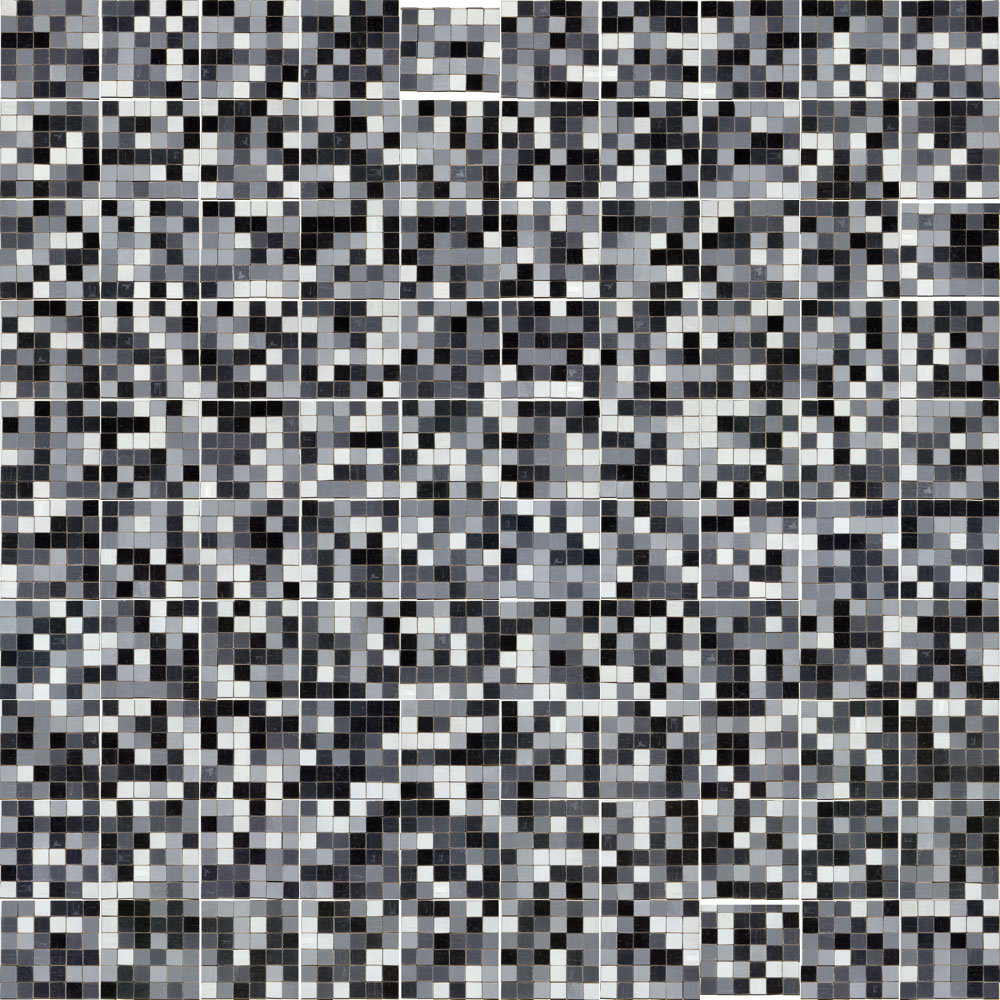 Then I re-normalized all of the grids with a 50 pixel border all the way around, which made for a nice steady video of randomness:

And finally, since all of those frames were pretty much as aligned as one could ask for, I averaged them all together to see if there were any non-random processes that might crop up. If there were, some of the pixel squares would vary from neutral gray, either being lighter or darker. As it turns out, there’s not much variation, which suggests the way I make these grids is fairly random, especially for a human-driven process: 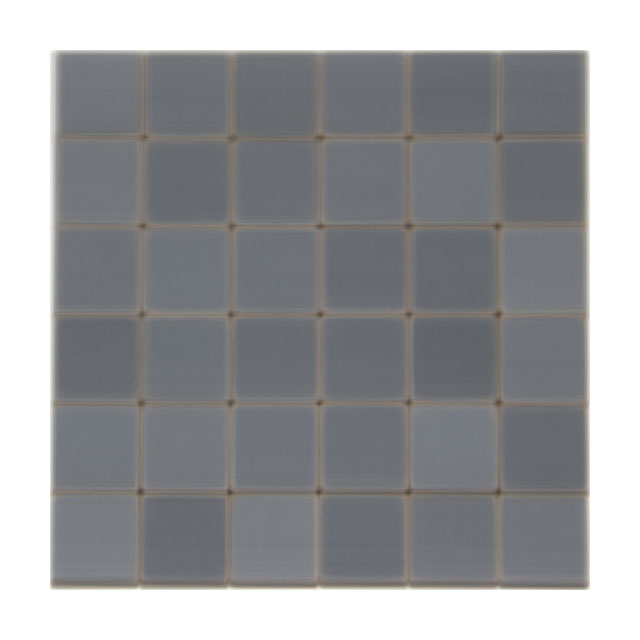 Continuing on the randomness concept, I also did some more 100 Random Pixel time-lapse videos. Here are the resulting pieces, and the videos that accompany them: 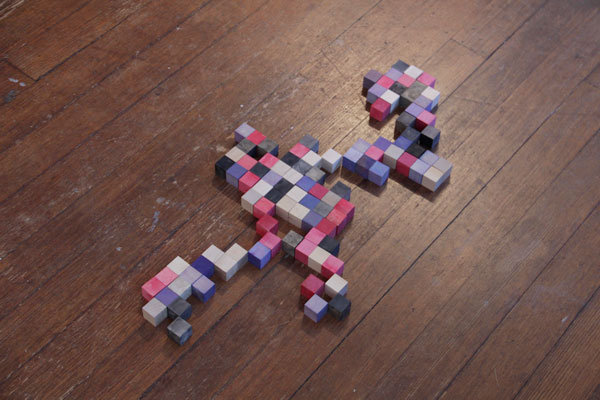 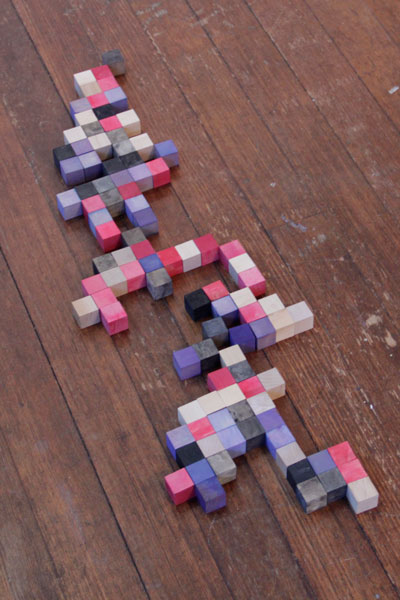 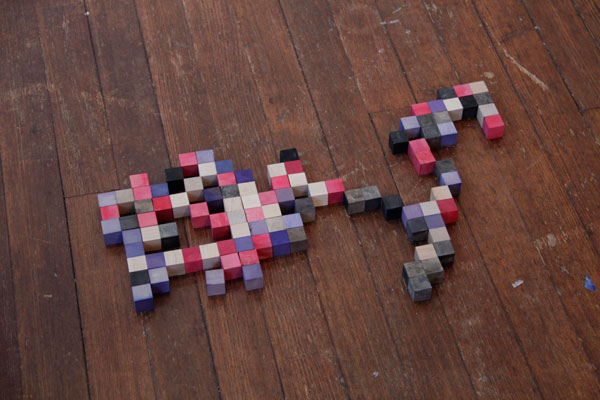 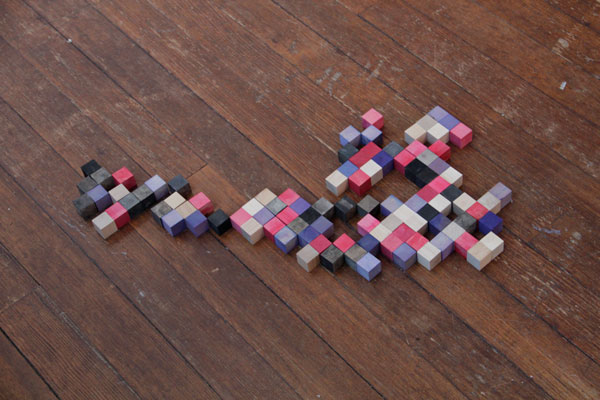 I won’t be in for a few days, but we’ll see whether I feel like coming in on Labor Day.