I’d mentioned it in my needlepoint gallery, specifically on the floss color I used for Australasia and North America, but I realized I’d never posted it before. So, to rectify that situation, here are my averaged colors for the continents: 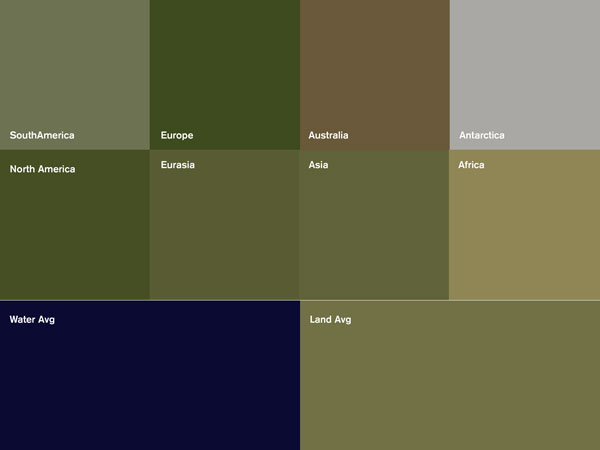 This was created using a NASA true-color cloudless satellite montage of the world, represented in a Dymaxion projection by R. Buckminster Fuller, so the relative scales and sizes of the continents would be more-or-less comparable: 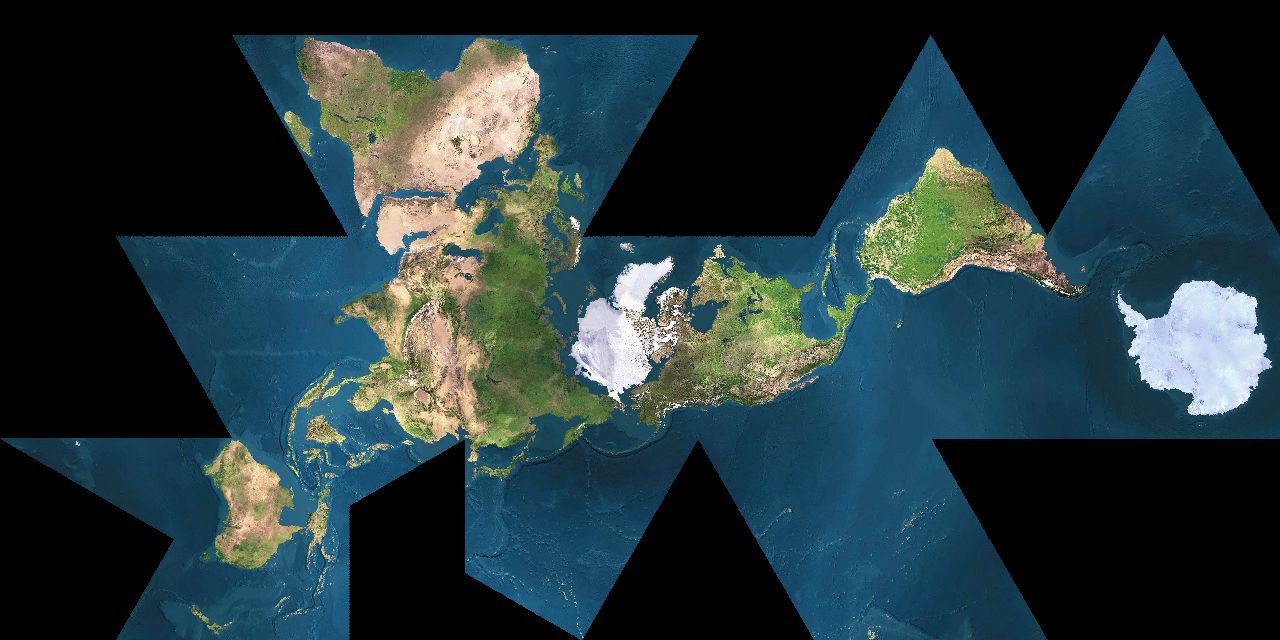 A note on the continental divisions I used: I consider Europe and Asia to be pretty much one continent, as there is no major division or chokepoint between them. For tradition’s sake, I did determine a separate average color for both Asia and Europe (divided by the Ural Mountains), but when I do the needlepoint piece it will use the Eurasian color and depict both traditional landmasses.

Africa is nicely separated from Asia by Sinai, and the Isthmus of Darien does a pretty good job of separating North and South America, so I’m happy to include these continents as separate and not part of “The Americas” or “Eurafricasia”.