By now everyone knows I’m interested in pixels and gridding visual information. Well, it goes farther than just a flat plane. Using the same pixel layout as I did for my cross-stitch pattern, I have been playing around with using pixels in space, of “voxels”, short for “volume element. (“Pixel” is short for “picture element”, just in case you were wondering. Here, for your enjoyment, is the Mississippi-Missouri River, rendered in cubes and approximating the relative elevations of the various tributaries: 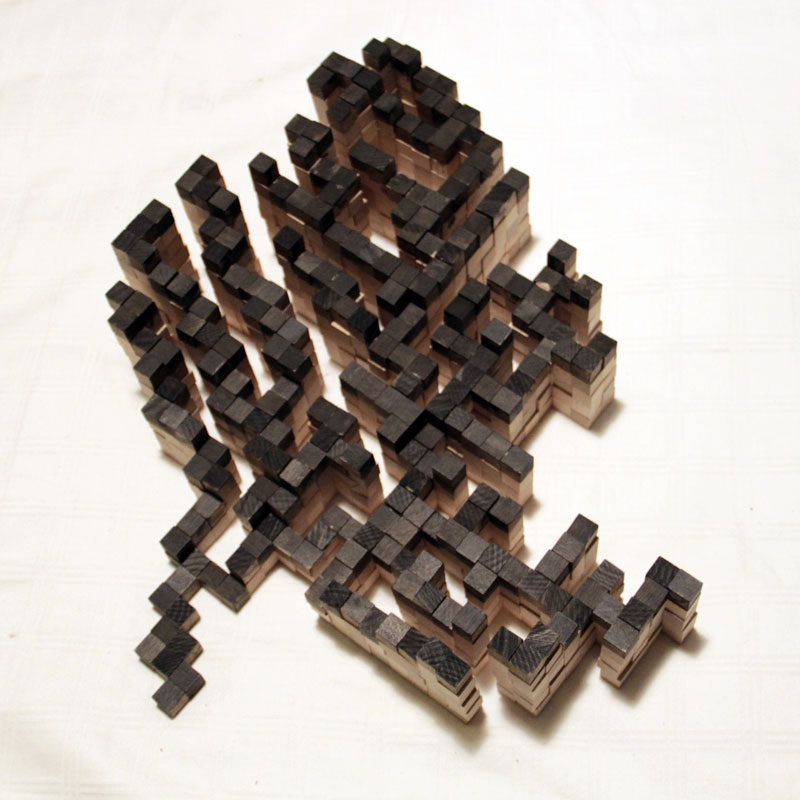 The Appalachian tributaries are a little foreshortened here, but they’re quite a bit lower than the Rocky Mountain tributaries. This is done building up layer upon layer of cubes and gluing them in place. I’m also trying a version where the underlayers are not built up, and the riverbeds will simply be suspended in space at their relative height. I’ve been having some technical difficulties, but nothing a little free time wouldn’t cure.