Last summer one of my students gave me two lovely stab-bound sketchbooks. I normally don’t use sketchbooks, but it was a very thoughtful gift, and I figured I should probably put them to use. I already described the process I used in the SIXTY sketchbook, so now I am here to unveil the second one: RANDOM.

As with my other random walk projects, I simply use a spinner and some sort of marking utensil to trace out the random directions the spinner points. In this case, I used a bit of ribbed plastic with one end marked black and an aluminum pushpin as a spinner, and a whole passel of Prismacolor markers — in fact, the same ones I used in SIXTY. (I attempted to pull the markers out of my backpack in as random as fashion as possible, but there seemed to be a preponderance of Parrot Green, Pink and Mulberry in the selections.) Here’s a pic of the spinner: 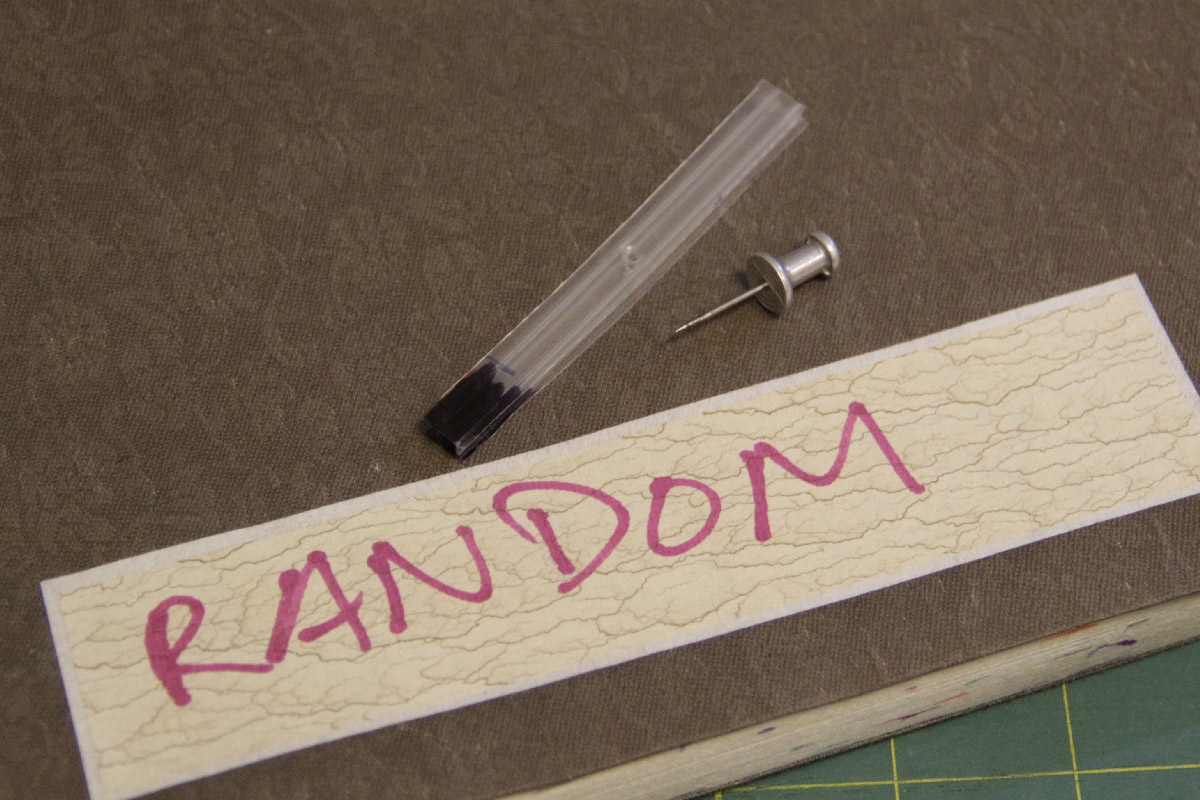 I started from approximately the center of each sheet, and drew random lines until the line fell off the page, and then started again at the center. This way, I’d make sure I had the longest line possible, because starting anywhere else would tend to lead to shorter lines.

Which is interesting, because I’m already keeping the outcome from being as random as it could be — after all, I could start the drawing point randomly. But making a truly random starting location is a much more difficult situation than one would think, especially for something that’s supposed to be quick and simple, so jinxing the randomness just that one bit is acceptable to me. Fortunately, one quick and easy way to test for randomness is to average all the lines together and see if there is any tendency to favor one direction or side. Fortunately, there isn’t much: 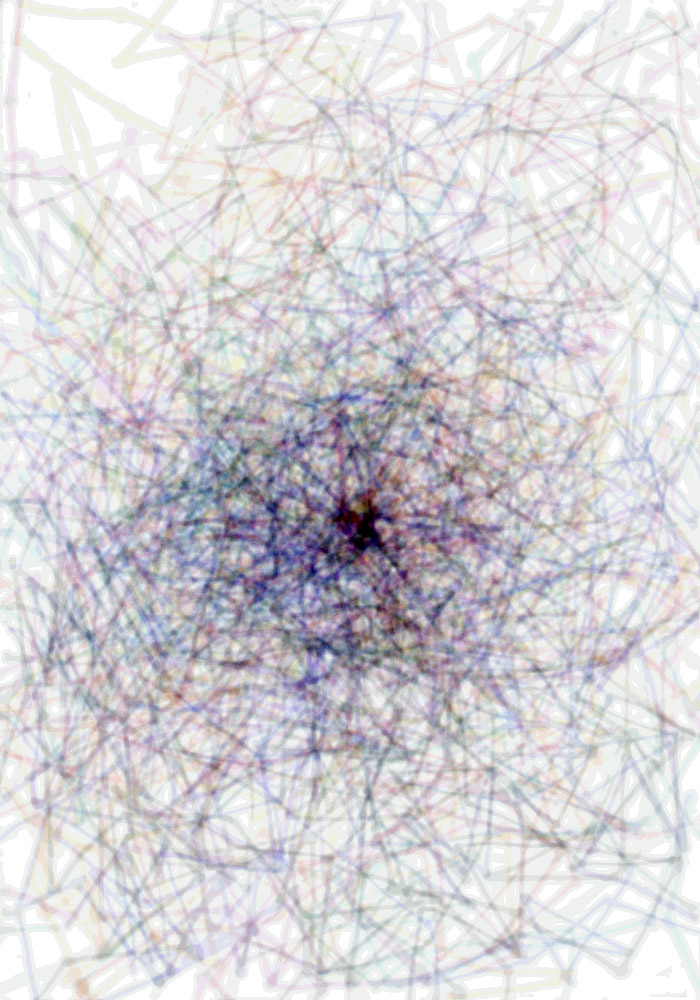 All of the paths radiate out of the center of the page and cover most of the area available. The upper part of the page is not quite as saturated, especially the upper left-hand corner. That could be my right-handedness, some skewing of the pointer, the way the paper lays in the binding, or simple blind chance.

It’s hard to pick favorites, but of course I have some, so here are five interesting paths. You of course may browse the full set of 96. 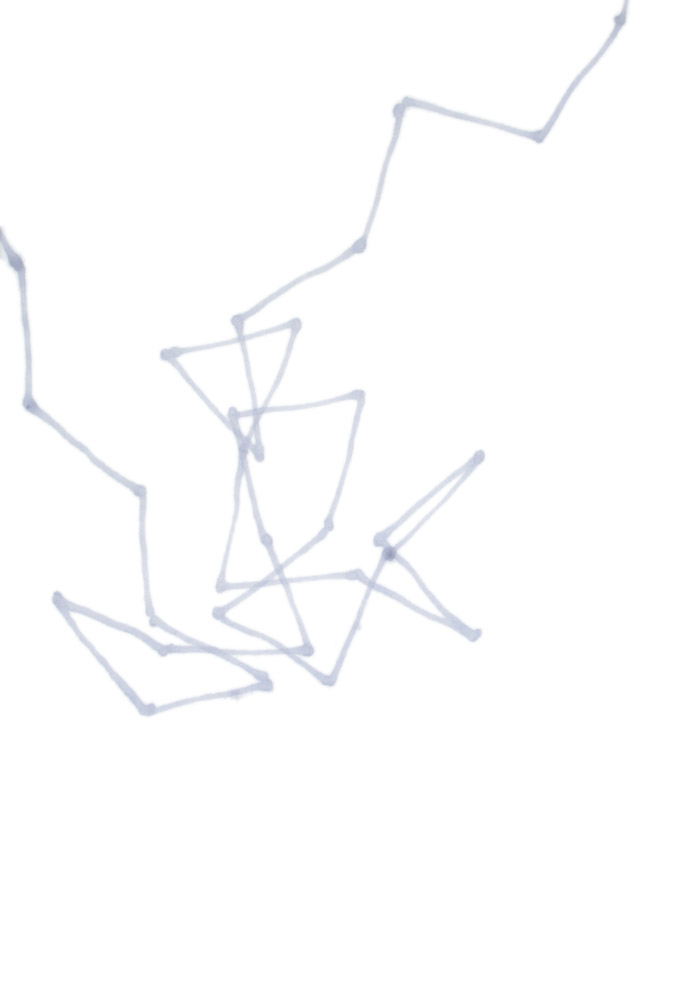 ^ I call this one “Archeopteryx” 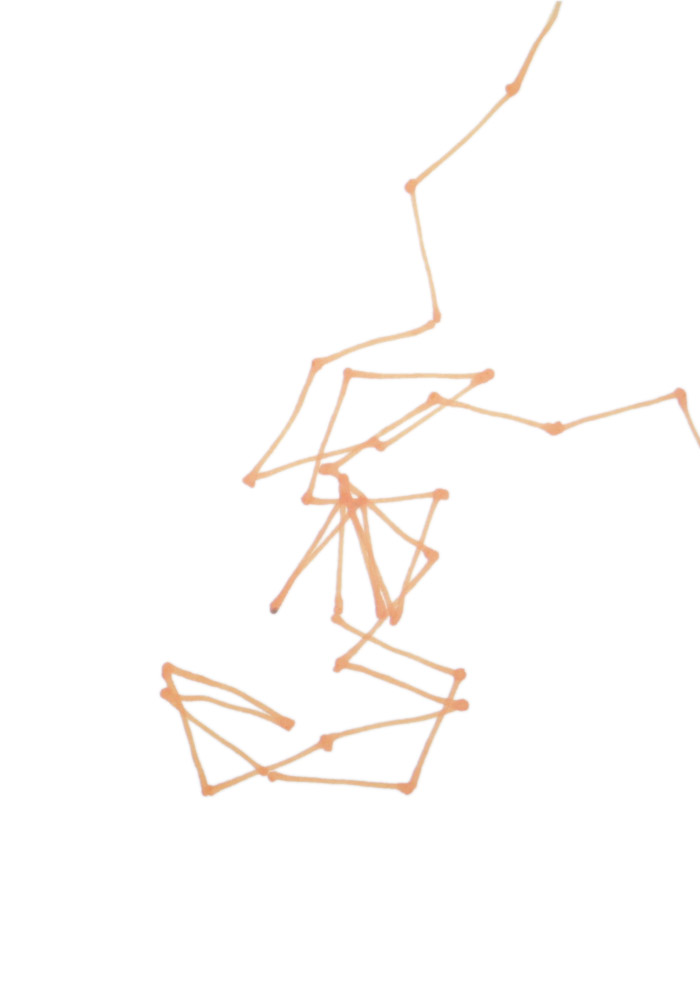 ^ I like the way this one hangs and curls down. 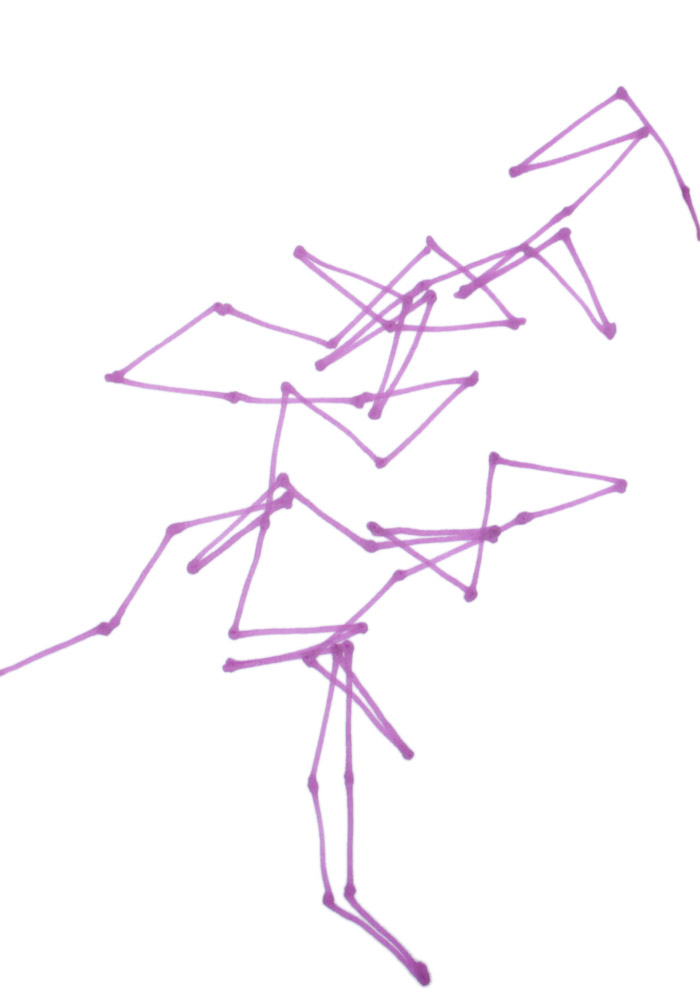 ^ This is the “purple kangaroo”. 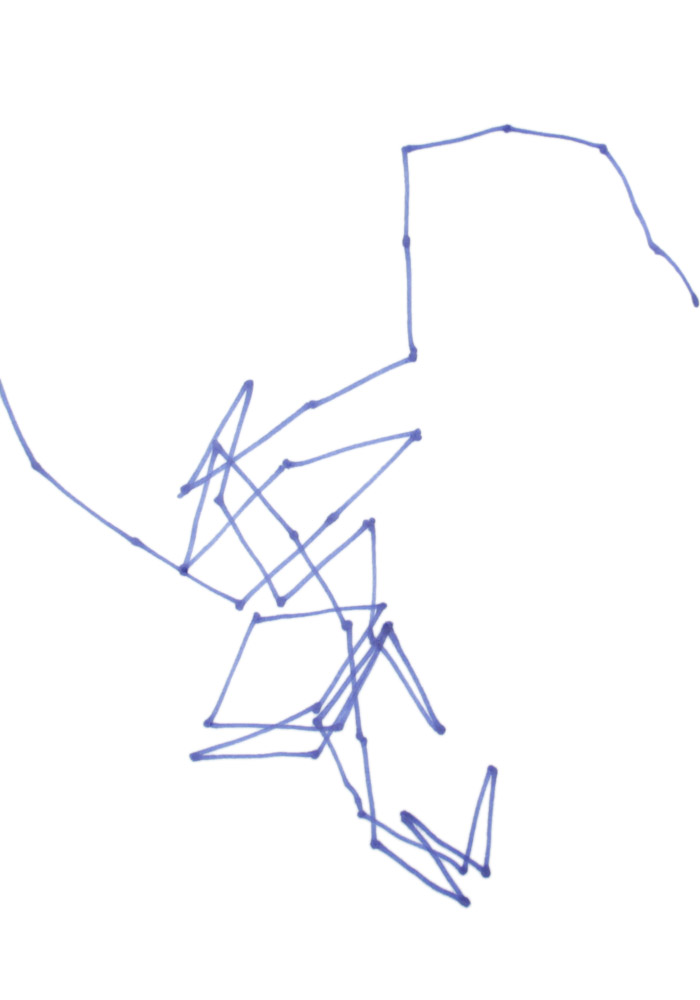 ^ No name, just some nice zigzags 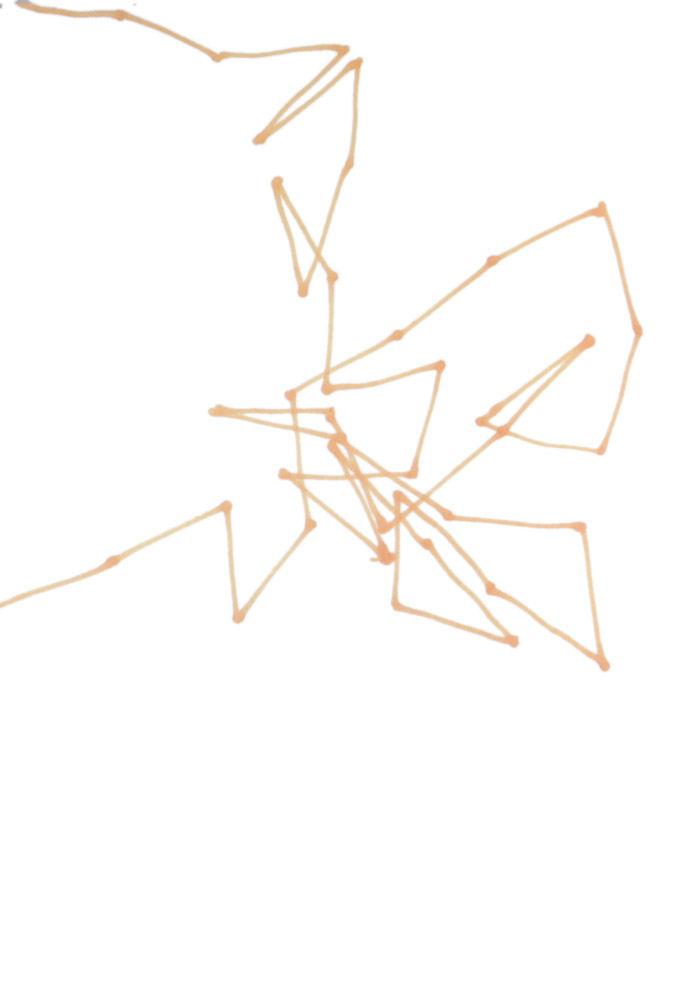 Of course, this is simply the first part of the process… For the second part, I will join all the paths end-to-end into a giant random walk that will zigzag across a huge Photoshop file and back across itself. Coming soon!