Before and after class at the Bow & Arrow on Saturday I started messing around with my cubes of wood again. This time I started playing with four groups of four blocks, set roughly in lines, and used some graphite ink I’d mixed earlier in the month. I’m really pleased with the silvery color of the graphite mixture, it’s very handsome and layers quite nicely. Some of the earlier runs were too simple, so I added a color progression starting with PANTONE Yellow and adding a rusty red mixture one of my regulars had whipped up for a recent project. The results were interesting: 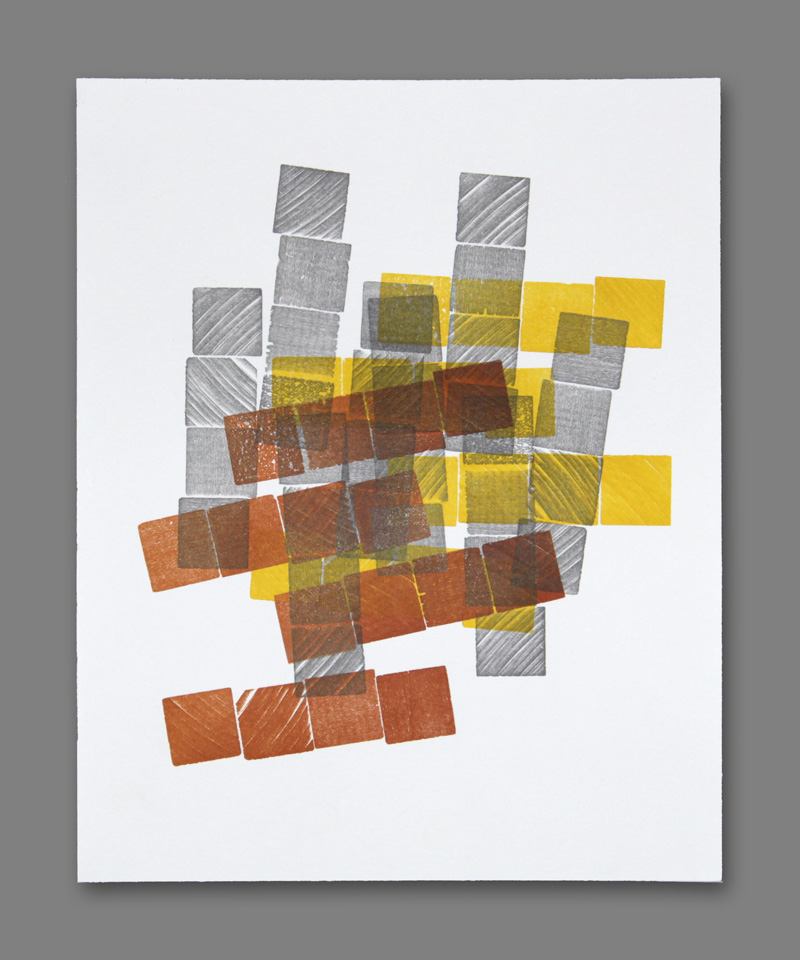 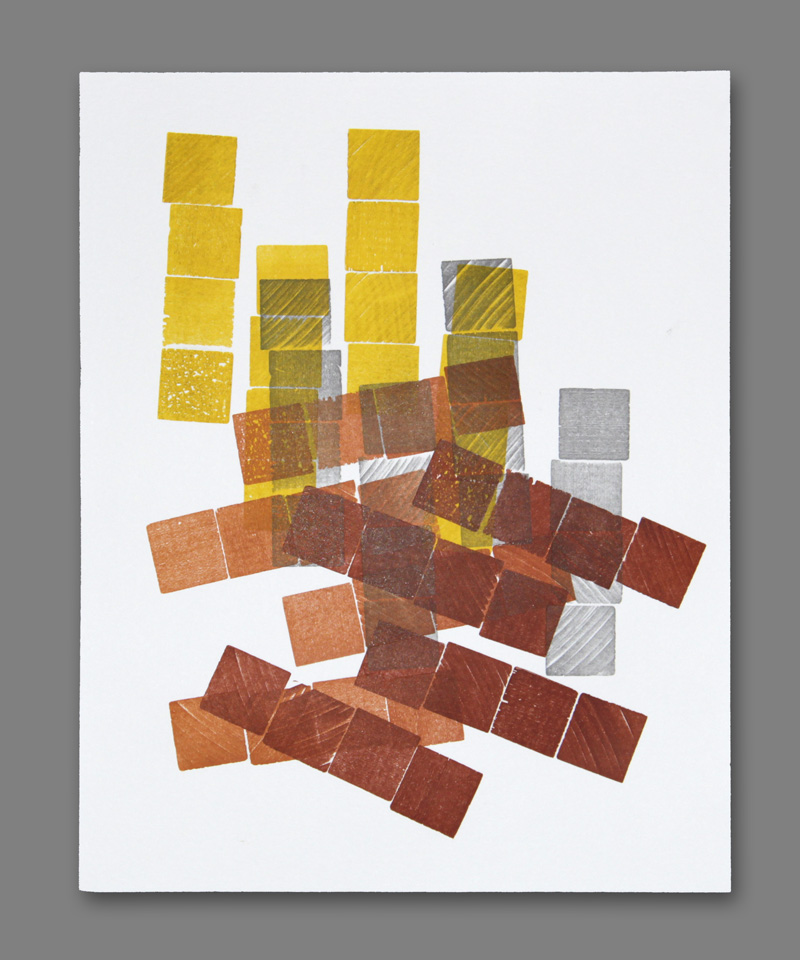 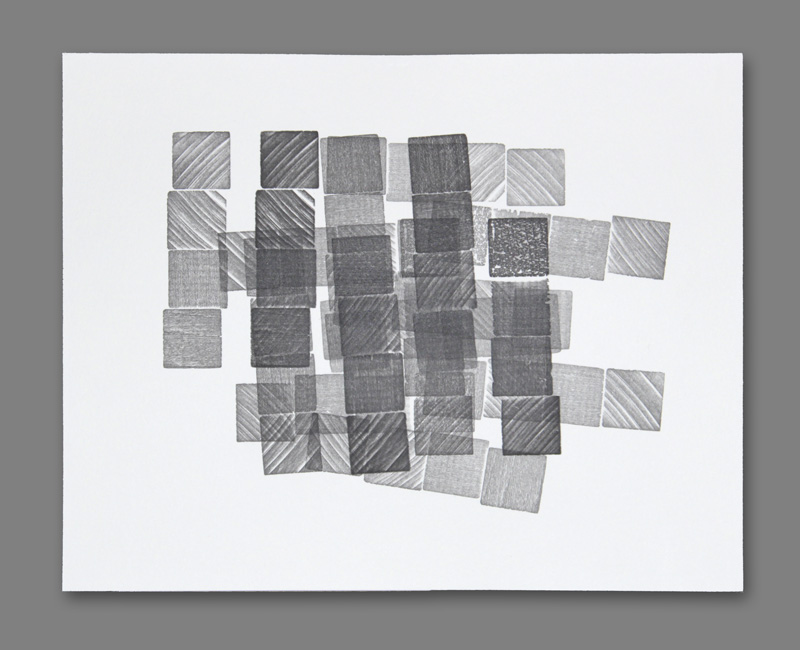