Today I taught an engraving/drypoint class, two Crash Courses and some Intermediate and Advanced students in the Bow & Arrow Press. I also took the opportunity to take some press time for myself, and got some artwork accomplished. First up, a type sample project I’d been preparing ever since I found a lead version of my favorite typeface, Akzidenz Grotesk, at Letterpress Things in Chicopee, Massachusetts a couple of weekends ago. It’s called “Standard”, and I found it wrapped up in the boxes that came fresh from the foundry way back in probably 1975 or 1981: 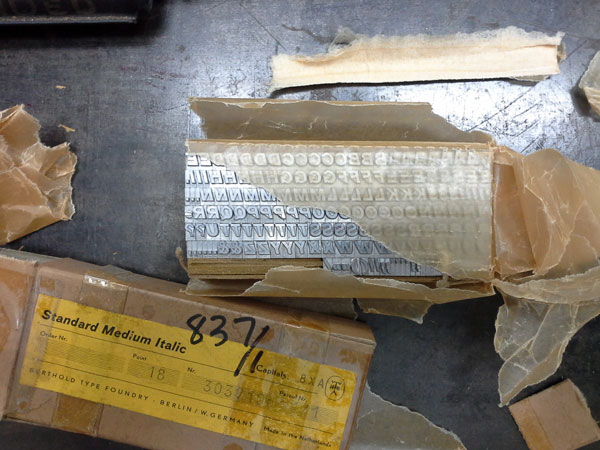 I really needed to get ink on these lovely slugs of lead, so I prepared a stream-of-consciousness text seeded with the word “Standard”, and titled it “Standard Deviations”: 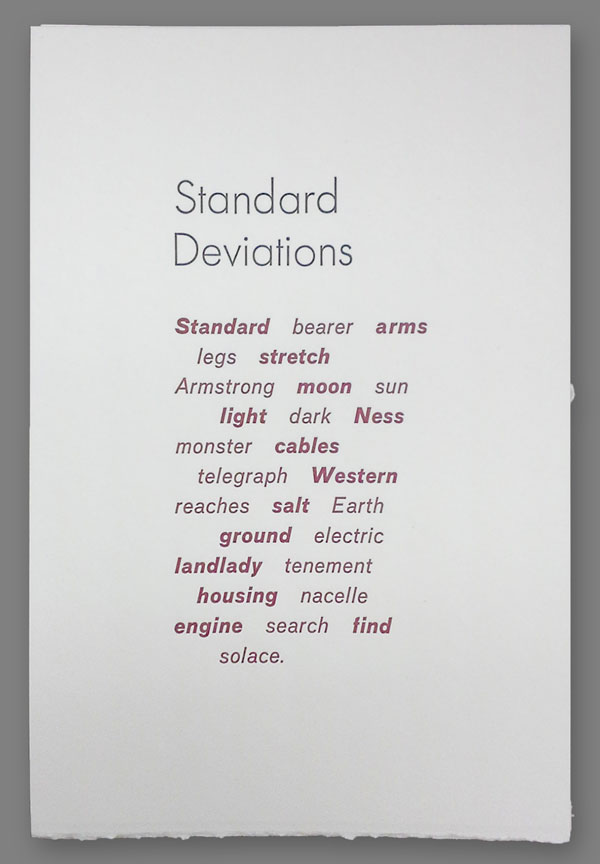 I liked it so well, I’ll probably do some more. (Incidentally, the title is set in Futura Light 36pt, not Standard.)

After that, I needed to run some cube prints, using the new 7/8″ cubes I’d gotten a few weeks back. These cubes are closer to being type-high, so they’d be easier to run on the letterpress. I set up two randomized layouts of 16 cubes each, referencing two grid compositions I did earlier in the fall. For the first run, I did two split fountains, one with black shading to graphite, the other 7459 Blue shading to 481 Tan: 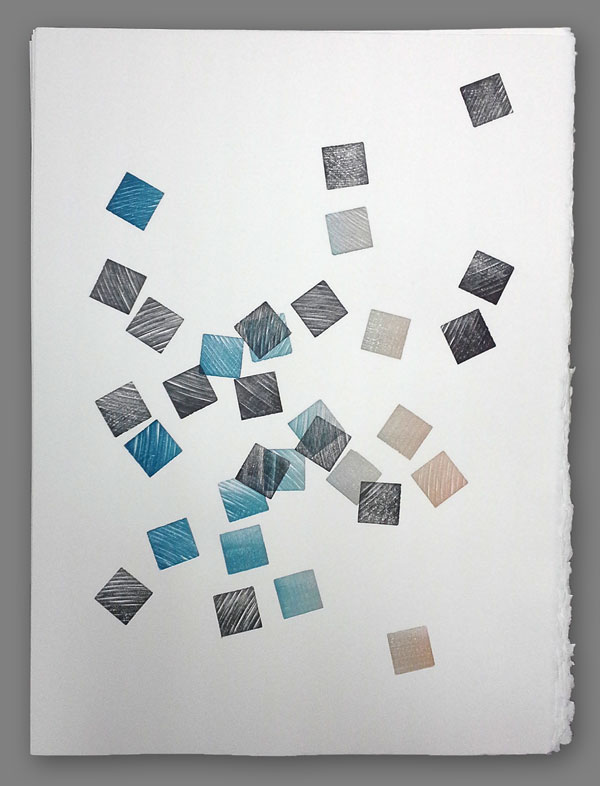 I wasn’t quite satisfied with this layout, although I did run an edition of it. Playing around with the positioning of the cube sets and staying within the blue-tan fountain, I finally found this combination that worked: 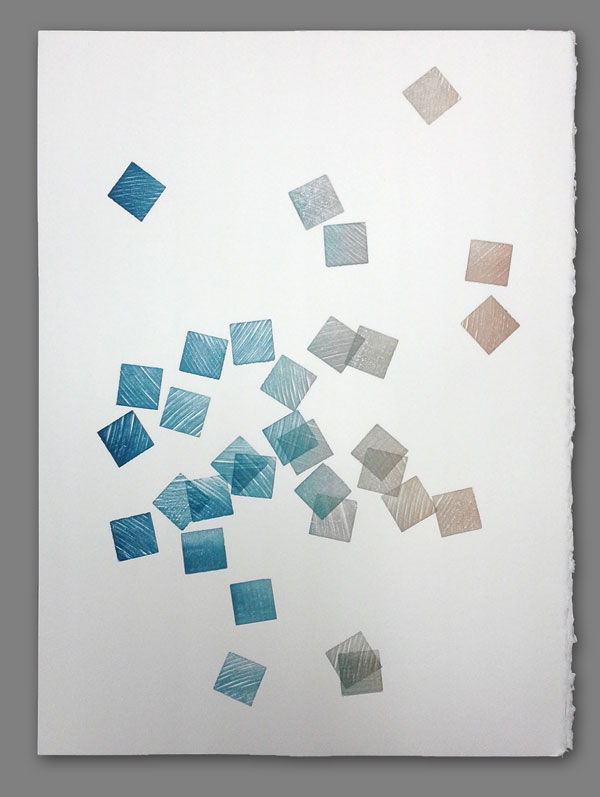 So, all-in-all a pretty successful day at the press.

2 Comments on “Lots of Printing…”