Back in 2006/2007 I did a series of prints based on cell towers that looked pleasing to me–usually with a triskelion arrangement, not a triangle of girders, which for some had a lyrical quality, kind of like a tree. One of the best ones was this particular tower, photographed in 2006, called “Cell Tower 05” because it was the fifth tower I cut from copper and printed. I later converted the digital photograph into an Illustrator drawing, in case I wanted to have it cut from plastic or metal in a size larger than I could do by hand: 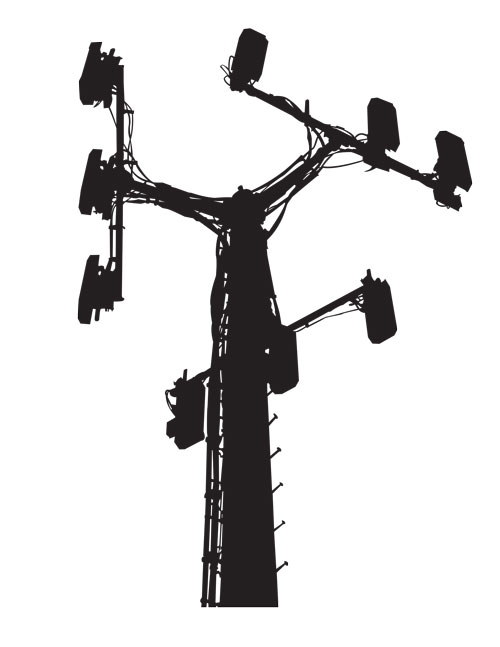 Well, recently I got a current photo of the same tower, and re-created the artwork to reflect changes to the tower. Here is the new silhouette: 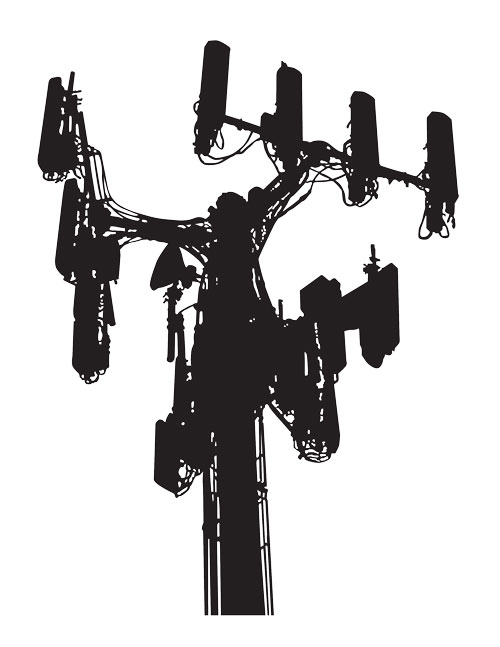 If you’re in Austin, and are curious to see the original, it’s right here (click to embiggen): 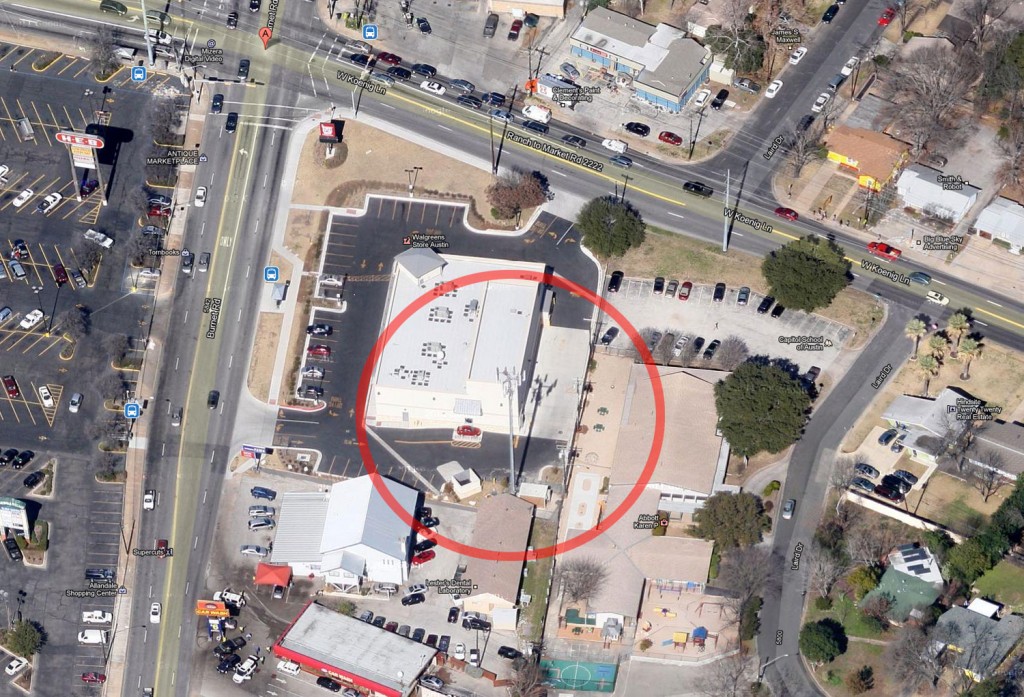