This was something that had been in the back of my mind for a while, just a lark, just something to play with. I thought I’d cruise through Google Earth and take screenshots of various cloverleaves along the interstates in the area. Funny thing: there aren’t as many traditional 4-lobed cloverleaf interchanges as you’d expect, a lot of them are more in an H-pattern of on/off ramps with controlled intersections. I suppose that’s a little cheaper than graded, circular ramps allowing nonstop interchange. At any rate, I started on I-95 around Boston and got twenty cloverleaves as a start, including this lovely one from right at the Delaware border in Maryland: 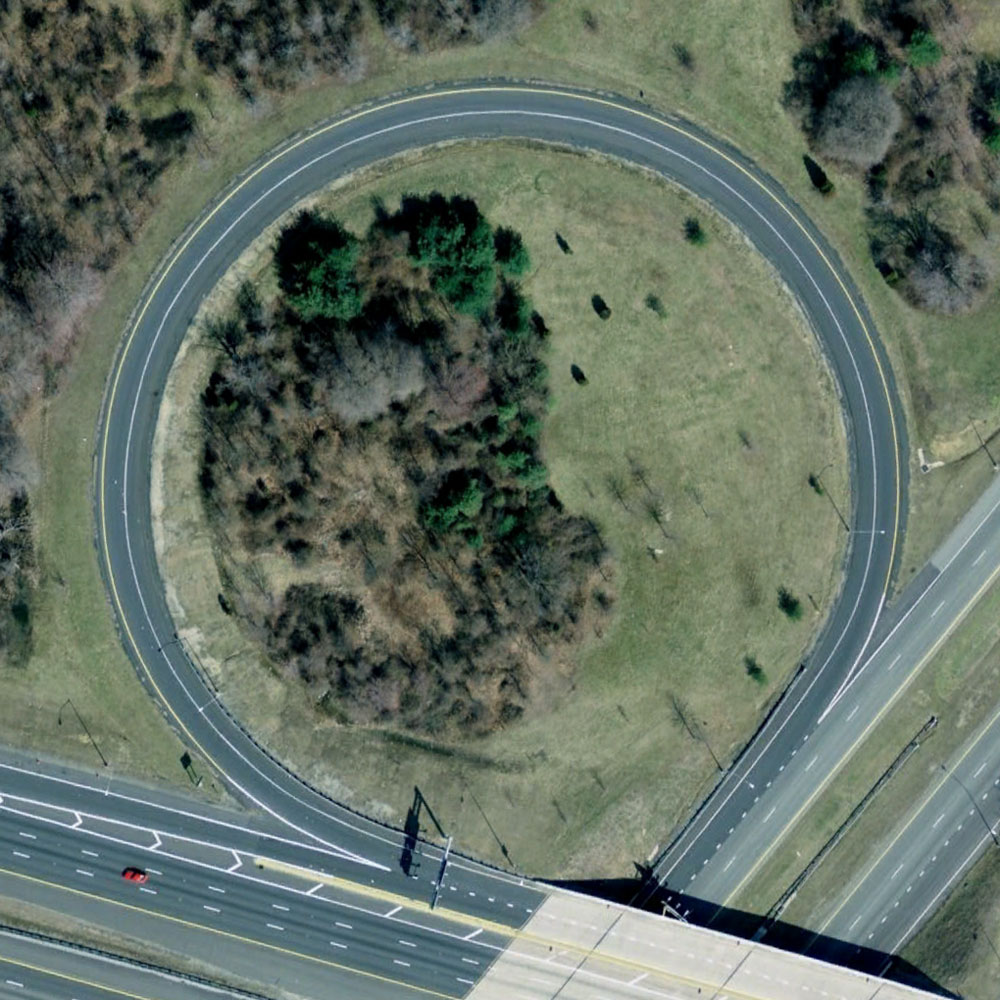 Look at that! Almost as perfect a circle as you’re gonna get with aggregate and asphalt on actual terrain. Trés magnifique!

At any rate, I got twenty screenshots and then tweaked them to 1000 px by 1000 px, with the center of the cloverleaf as close to the center of the square as possible. I figured it would be pretty cool, but I was surprised by how cool: 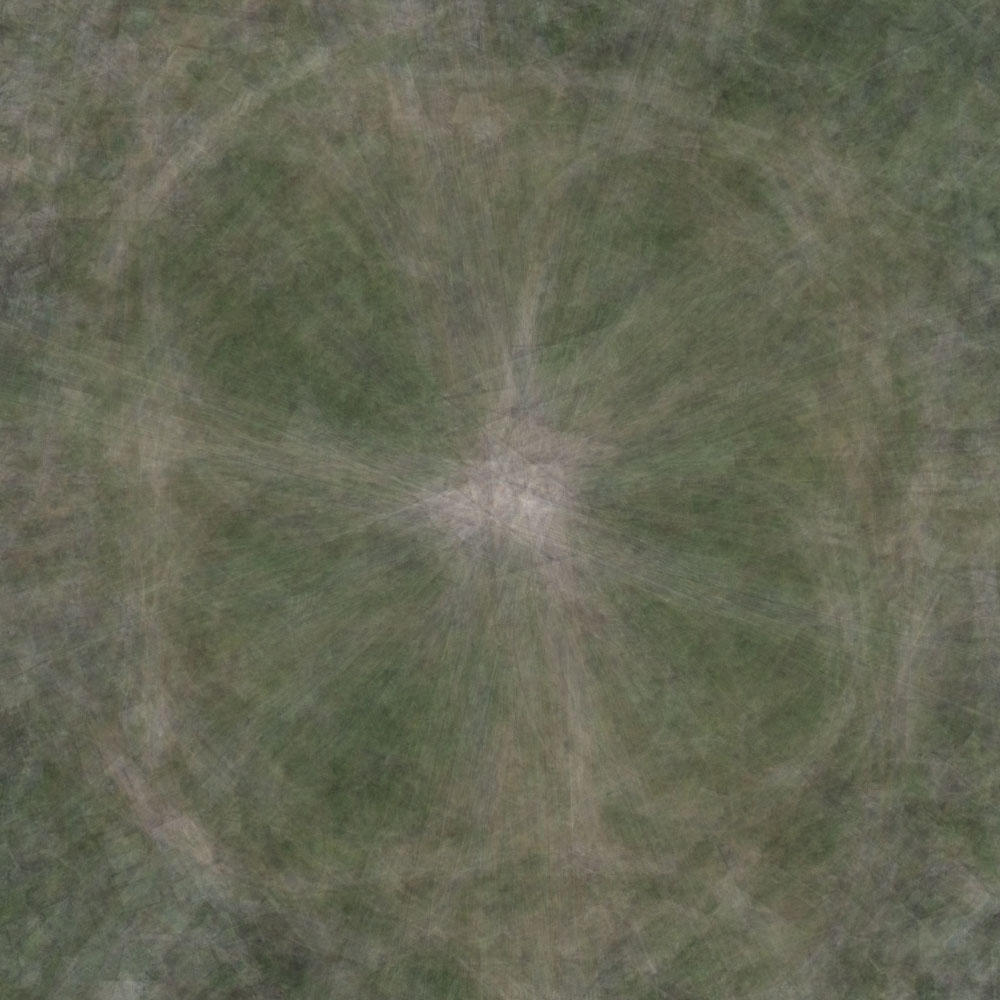 That’s pretty sexy. Then I normalized the levels: 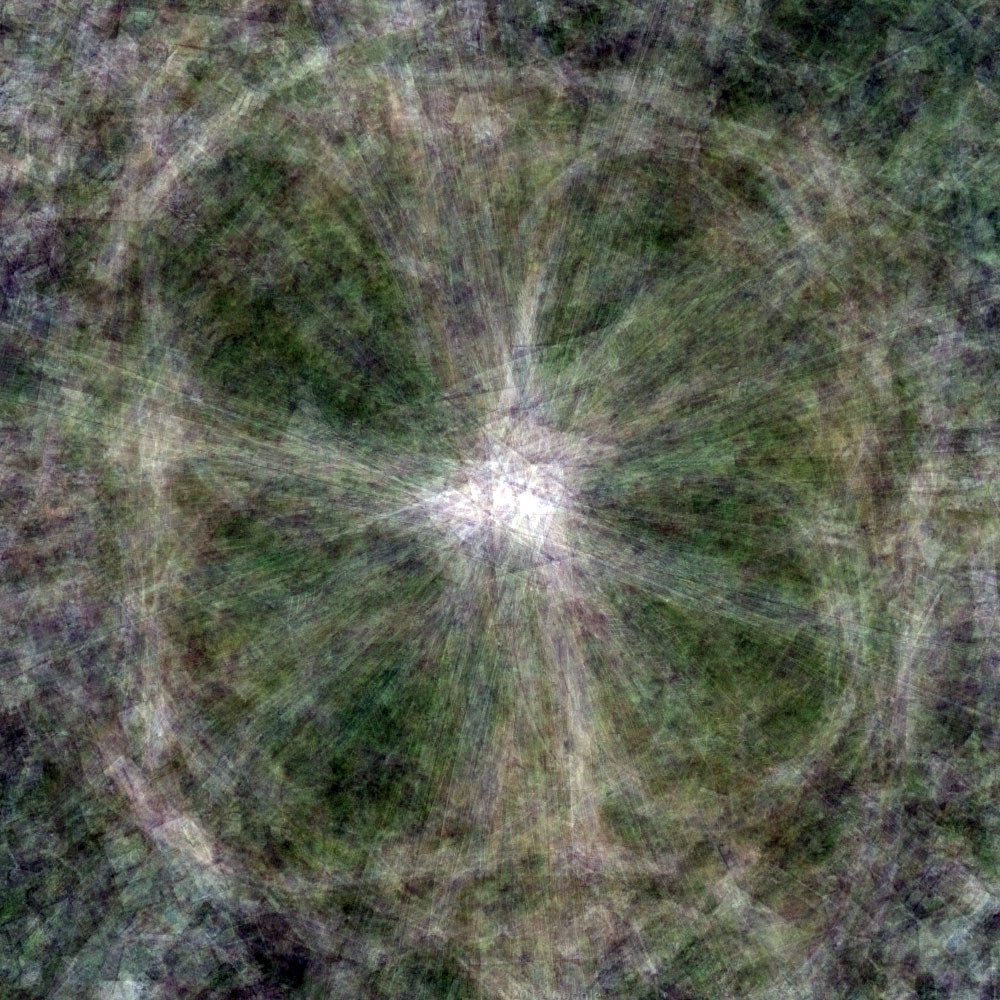 Oh, yeah. That’s nice. So—I hope you appreciate these as much as I do. I’ll probably be doing more in the near future.