Patterns in the DTMF Number Pad

Today I am continuing on my interest in the tones used by wired telephony and the patterns made by same. I’ve managed to turn the tones used in the DTMF numberpad into visual representations and have started playing with the interactions between them.

Some background: when you hear a “TouchTone™” sound, you’re hearing two set frequencies played together that lets the switching equipment know what number you have selected. There is a 4×4 grid of these frequencies that creates a unique identifier for all the numbers on the telephone dialing buttons, as well as the star and pound keys. These frequencies were selected so that there are no easy multiples or common denominators between them, and so there is a definite gap between the highest of the low frequencies and the lowest of the high frequencies. Also, there are four extra “numbers” that are not used by consumers, which in some applications would allow the caller to select a call priority level (mostly used by the military) or activate special actions in the phone switch (used by telephone linemen). All of these numbers are arranged like this, with the lowest frequencies in the upper left and the highest frequencies in the lower right:

(Of course, all this is quite wonky and is basically just part of my process for creating the following patterns. Please enjoy these as visual creations, and ignore the preceding telephonic geekery if you wish!)

First one is a simple interaction of grayscale lines with 50% transparency:

The second is the simple interaction between blue and yellow lines, also with 50% transparency: 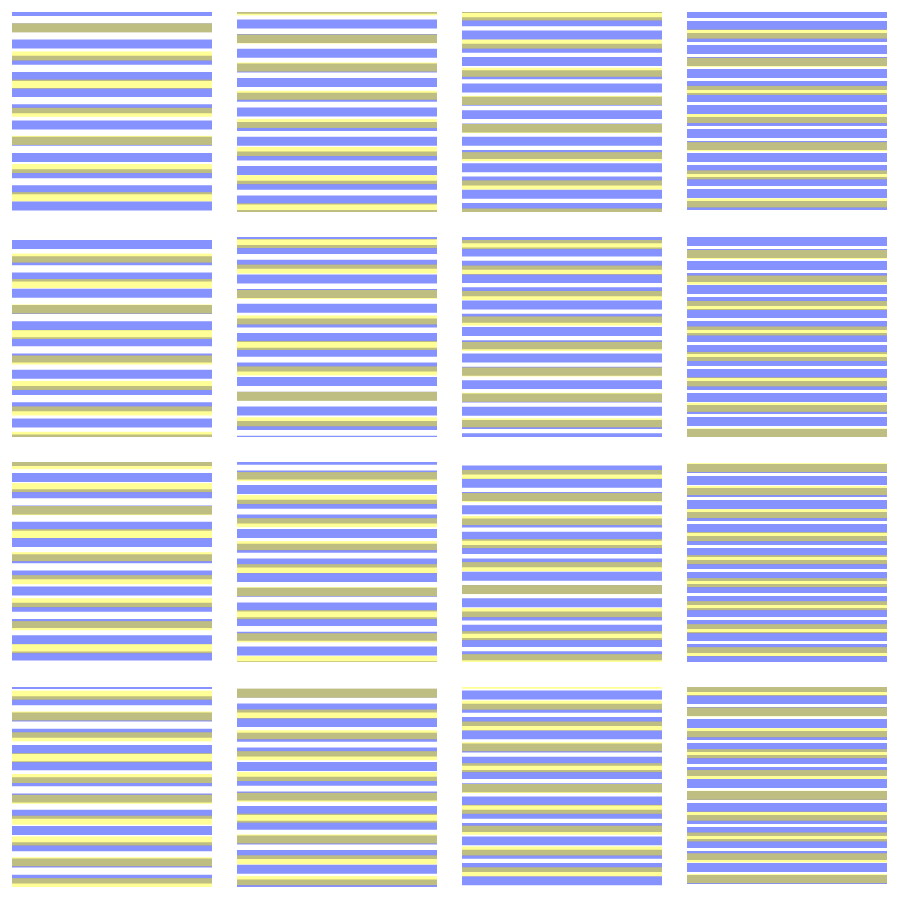 More should be coming soon!