I’ve been doing some letterpress runs for the upcoming Somerville Open Studios on the 5th and 6th, mostly of simple things that people might like to have as display pieces. One of these was an alphabet sampler, printed in 877 Gold here: 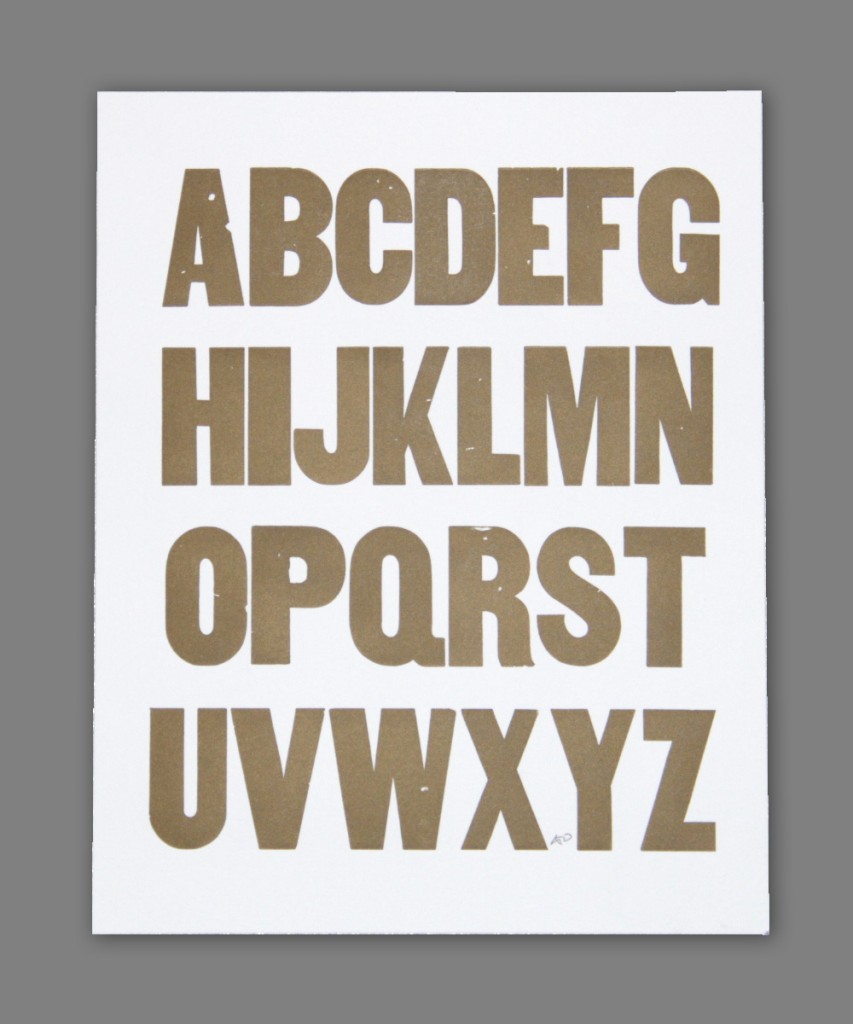 After doing this, I thought of a post I’d done long, long ago about extending the English alphabet and coming up with some new letterforms. Nothing much came of it, but I’d thought of doing a New Alphabet sampler then, so I thought, why not try something like that now? Instead of coming up with new letters, though, just rearrange the letters in a new way and try to shoehorn the extraneous ones in somehow. So, here’s the Articulation Alphabet Sampler: 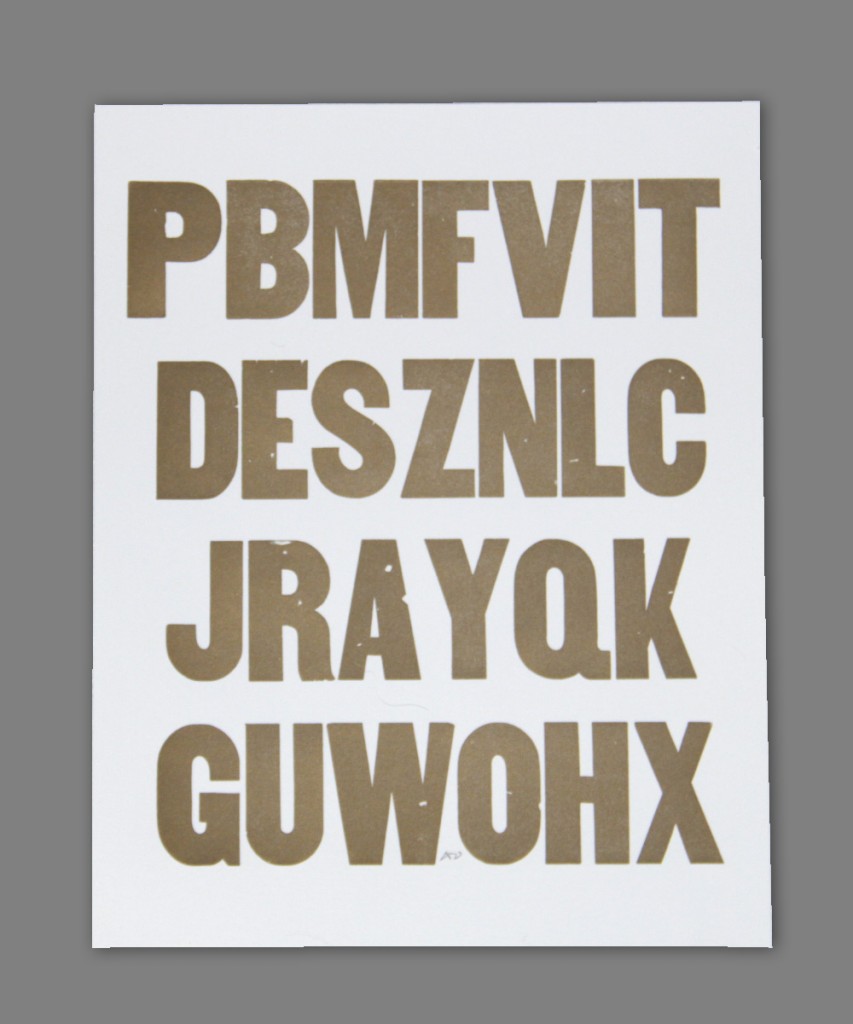 This particular sampler arranges the letters in order of place of articulation, ranging from P and B using the lips all the way back to H and X using the back of the throat–in this case, “X” standing for the Germanic sound you get in “Bach”. The other oddball letters are C, standing in for the “ch” in “church”, and Q, which is supposed to be sounded with a forward “rk” sound in words like “Iraq”.

You can even sing it: