Here’s the last of the big Plexiglas plates I had laser-cut in order to use the 44″ x 30″ paper I ordered back in February. Earlier I did the Mediterranean and the Aleutian Islands, the final one is Kerguelen Island, also known as Desolation Island. It’s an island in the South Indian Ocean, and it’s the largest bit of land for hundreds of miles in any direction. In fact, that’s the reason I noticed it in the first place—on a satellite poster of Earth that I have, Kerguelen Island sticks out pretty obviously due south of the tip of India, in the middle of nowhere. Projection distortion makes it look bigger than it is, but it’s still pretty large, about 100 miles by 100 miles.

So this is my favorite island, and this print is bigger than the other island prints I’ve done, measuring 30″ square. Here’s a series of shots taken during printing. 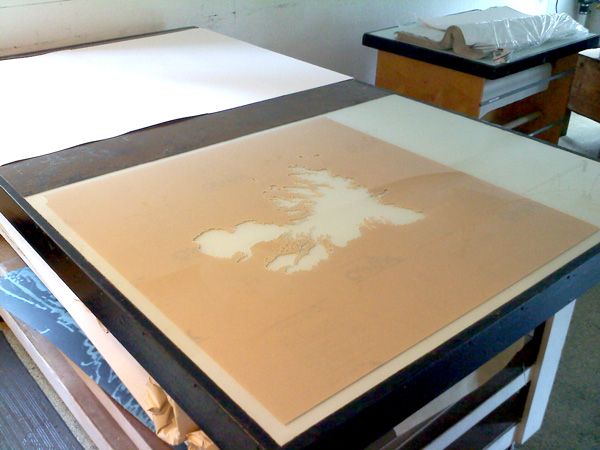 The raw Plexiglas plate, with the top protective paper removed. I leave the bottom paper on to make it less slippery, and to help keep the thin parts of the plate attached. 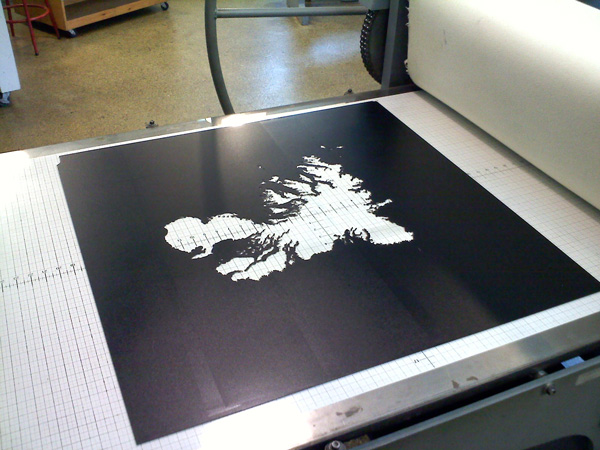 The plate, inked and on the press bed, ready for paper. 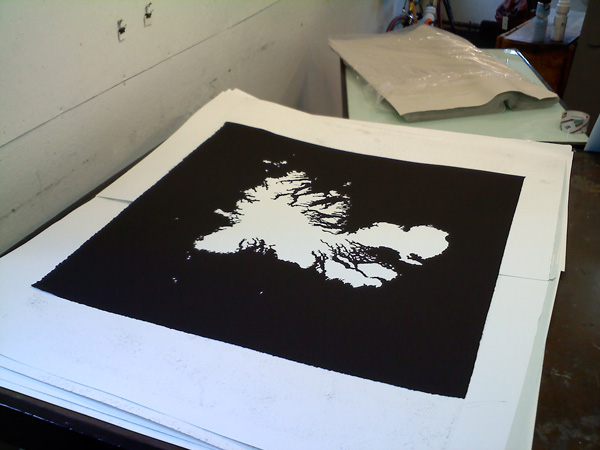 The print finished, laid on the blotters to dry.